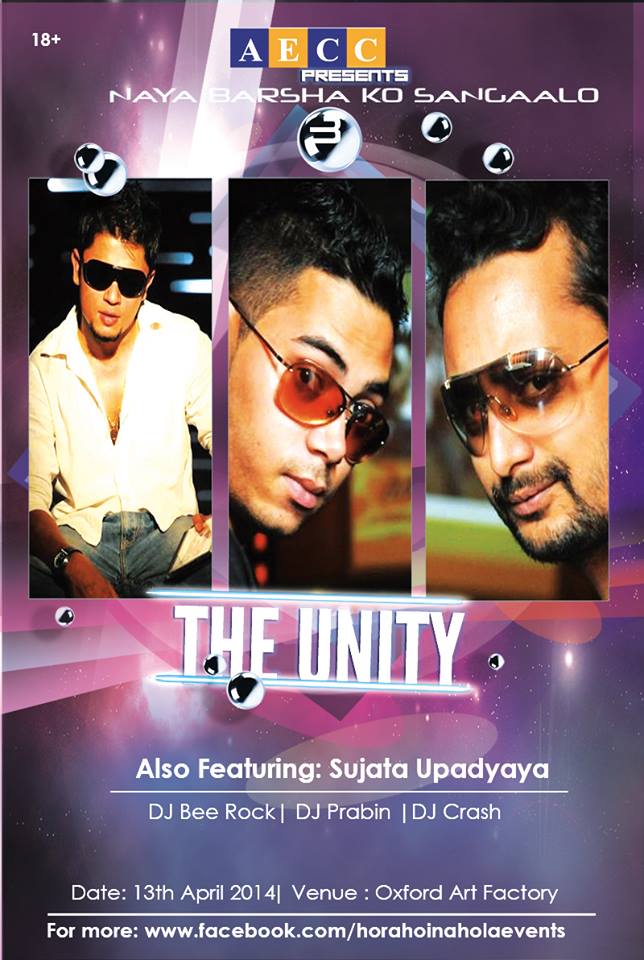 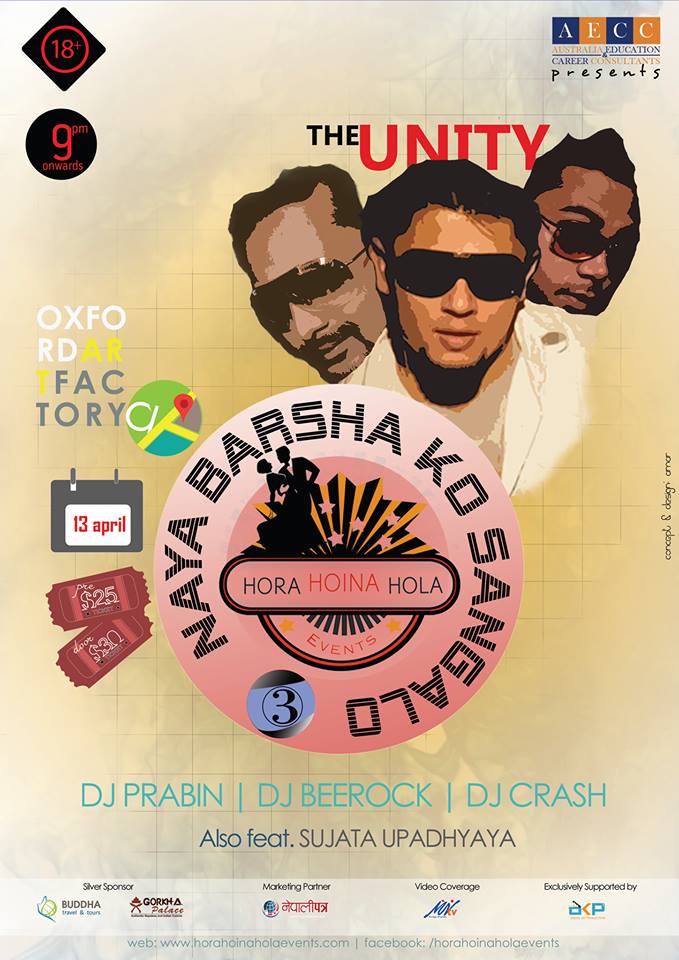 With the Nepali New Years just around the corner – April will be a month decked out with events. Hora Hoina Hola Events are currently preparing for their Naya Barsha Ko Sangalo night at the Oxford Art Factory in Sydney on April 13. The celebration will not only gather Nepalis living in Sydney but also bring together fans of the popular Nepali band THE UNITY. The band features the popular rapper Sudin Pokharel, former Music of Your Choice VJ and now a director Asif Shah and rapper Aidray. The trio will reunite exclusively to perform few of their hits including She’s Da Bomb, Pahilo Maya and Aaja Pheri.

The event by AECC will also feature Sydney based singer Sujata Upadhyaya, DJ Prabin, DJ Beerock and DJ Crash. The concert/club night is strictly for those that are 18 or older. Oxford Art Factory is where you have to be on the 13th April from 9PM onwards. Nobody wants to be late for a night of celebration so do cut down on the Nepali timing eh 😉 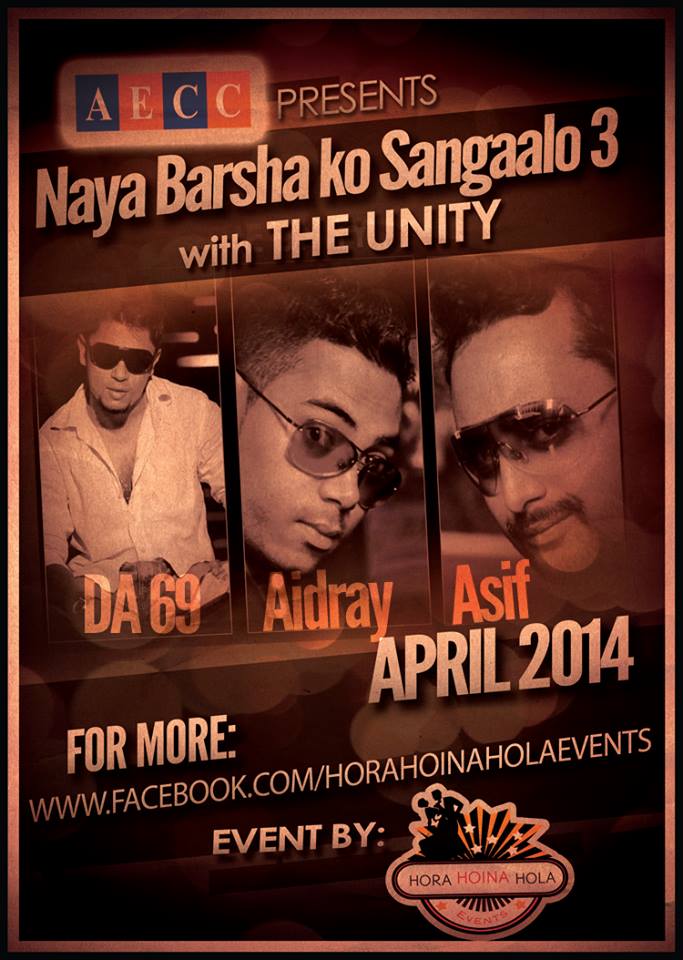