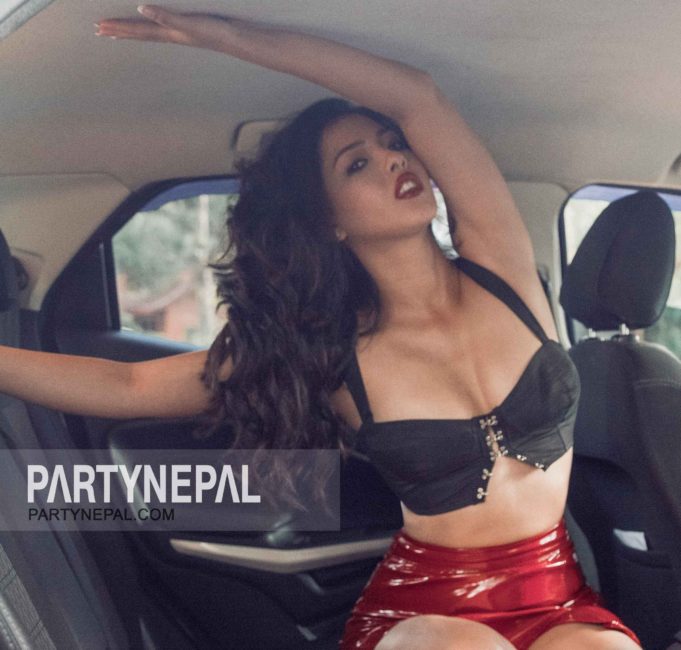 Samragyee RL Shah looks scorching hot in a pvc red skirt and a black top! The pvc red skirt screams Oops I Did It Again – giving this Britney fan a total dose of nostalgia. The Maruni actress appears on the November issue of Party Nepal magazine. Apart from bringing her A game and reminding us all how fierce of a model she has always been, the actress also spoke to the magazine about landing up in the world of movies.

The Dreams actress received the opportunity after Bhuwan KC offered her the project. Surprisingly, she has not looked back since. The actress has gone onto star in many films from A Mero Hajur 2, Mangalam, Timi Sanga, Kaira and let’s not forget – Intu Mintu Londonma! 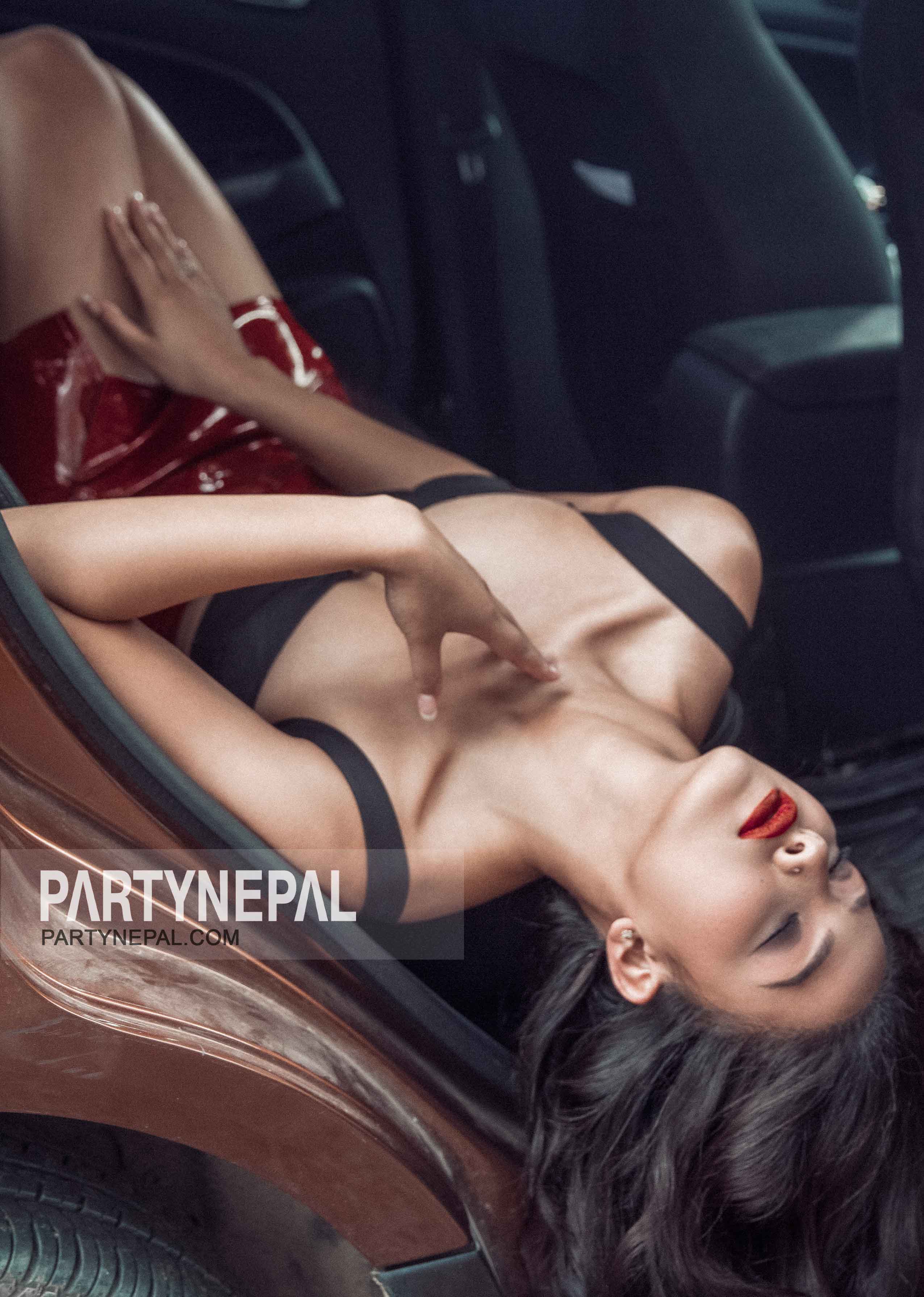 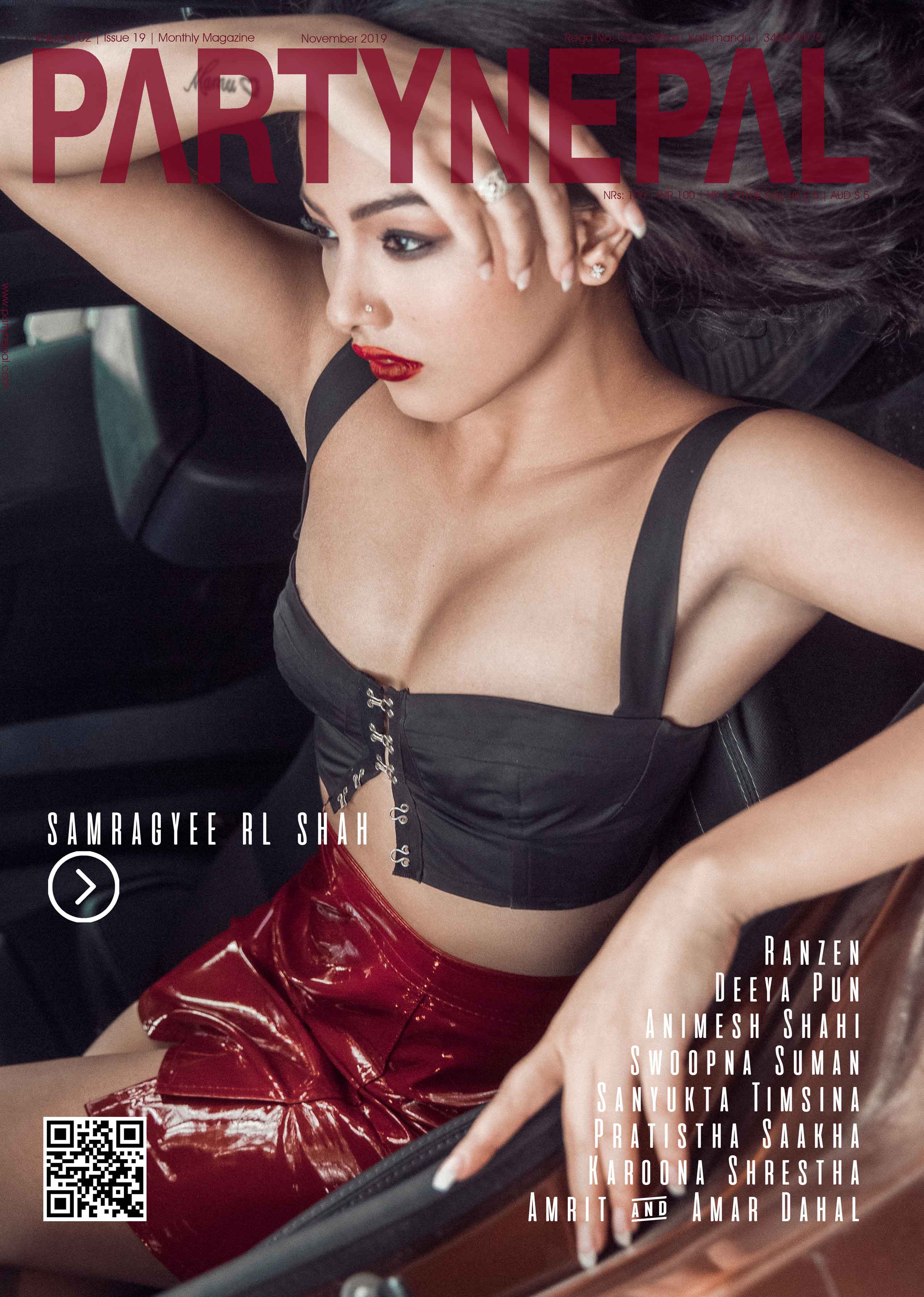 See more photos of Samragyee and read the interview – HERE!

PS. If you haven’t then watch my interview with Samragyee and Dhiraj below!