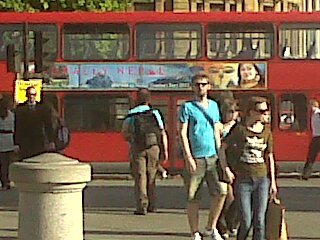 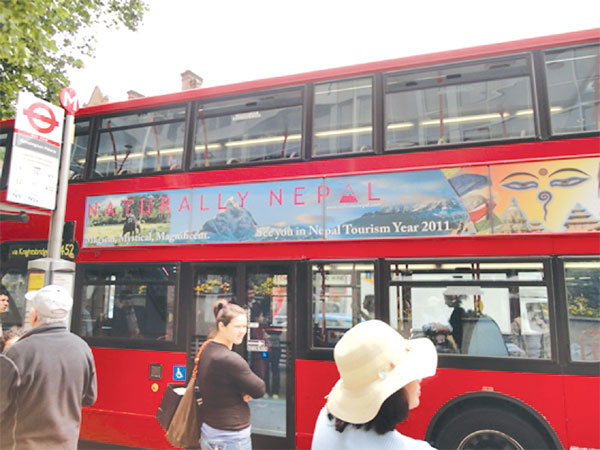 It’s a commendable effort to promote Nepal Tourism Year 2011, however like I said before the promotion should’ve kick-started in 09/10 for 2011. What’s the point in promoting mid-way through 2011 for 2011. Anyhow Nepal ko naam arule chinos tehi ho ramro. The first picture above was captured by a friend and the one below is a file-photo shared by eKantipur.com. These ads have been placed on 13 buses in the city of more than 7 Million.
In the first four months of the current year, Nepal welcomed 12,747 British visitors who came by air, up 23 percent compared to the same period last year. Last year, Nepal received 448,769 foreign air travellers among whom 32,108 were from the UK. About 3,431 British tourists visited Nepal overland last year.
Source: eKantipur