Home Movies HIGHWAY at Berlin International Film Festival
Facebook
Twitter
Pinterest
WhatsApp
The Deepak Rauniyar directed movie HIGHWAY has officially been selected to be screened at the 62nd Berlin International Film Festival, one of the world’s leading film festivals and an event with a mass presence of the media. Highway will be screened under the Panorama Fictional films section as announced on the recent press release by BIFF.

This new feat made by Highway is no first for director Rauniyar as he has previously tasted success with his film Chaukath (Threshold). Chaukath made it to the prestigious Cannes Film Festival back in 2009 and received an overwhelming response at several other international film festivals as well as bagging the Special Jury Prize at Ahmedabad International Film Festival.

Rauniyar had expressed his desire for Highway to be screened at the Berlin International Film Festival whilst speaking to The Kathmandu Post back in August 2011. This has not only a moment of pride for him but to all fellow supporters of Nepali cinema.


Well done to the Highway team, 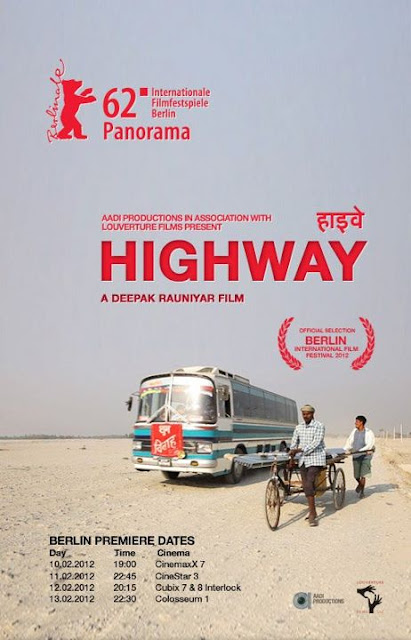