Over the course of our lifetime, we will have come across many women that may have influenced, accompanied or shaped our journey to become who we are. Without their contribution in our journey, we may not be the person we are today. Women are very important to every one of us, without them we wouldn’t be here today. As each day passes women are rapidly climbing the ladder to an equal position to a man. The future of women shows prosperity, a chance for them to live their life and not just exist among the seven billion that make up this planet. 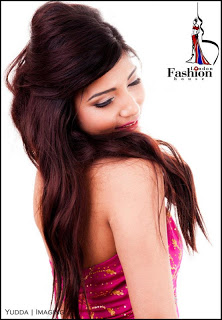 On the occasion of International Women’s Day, I would like to introduce a woman who in her own right has been active in taking her community from strength to strength. Manisha Dangol Shrestha is a woman like many, who believes in work and giving not 100 but 110%. Though she may come across as shy, at work she’s the complete opposite. Manisha believes her quality to give it all has managed to land her a position in reputed Nepali organisations in the UK such as Non-Resident Nepali UK, Pasa Puchah Guthi UK and Yeti Nepali Association UK. She encourages action for the growth and to strengthen ones community. Having organised a launch event of ‘London Fashion House’ in Kathmandu already, Manisha looks forward to develop her entrepreneurial skills with the fast approaching launch of ‘London Fashion House’ soon in London.