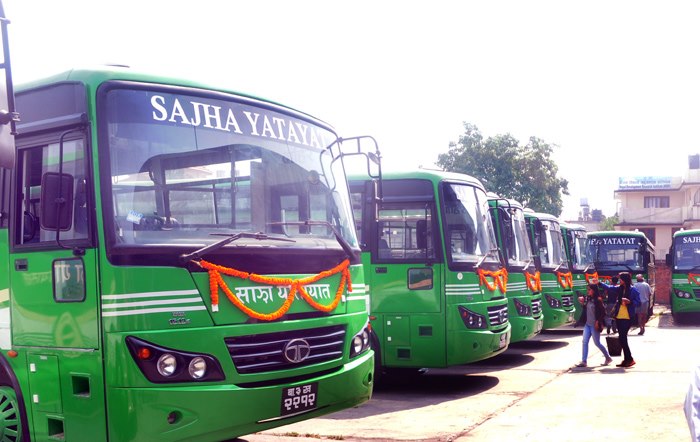 Looks like the city folks will soon be hooked onto their phones 24/7!

Kathmandu’s very own Sajha Yatayat is currently in preparation to provide free WiFi service to its passengers across the capital. The Sajha Bus comeback story has been a huge success with service provided to over 2.7 million commuters in the last year and collecting over NRS 39 Million in revenues from ticket sales.

Manager of Sajha Yatayat, Mahendra Raj Pandey caught up with Republica to announce the preparations being made to introduce wifi service for its passengers, extend the service in other districts and possibly launch an international service in the near future!

Oooh sounds all good but lets stick to improving the service in the valley, nearby and across Nepal before one jumps to international cities hoina ra??

PS. It’s pretty interesting to read about Kathmandu really trying to make the most out of the wireless internet. I can’t believe it’s only been a few years since WIFI was introduced in the London Underground network. Zzzz.

Lex Limbuhttps://lexlimbu.com
Lex Limbu is a non-resident Nepali blogger based in the UK. YouTube videos is where he started initially followed by blogging. Join him on Facebook and follow him on Twitter.
Previous articleLAURE on NAVYAATA Magazine!
Next articleWhere Children Sleep by James Mollison