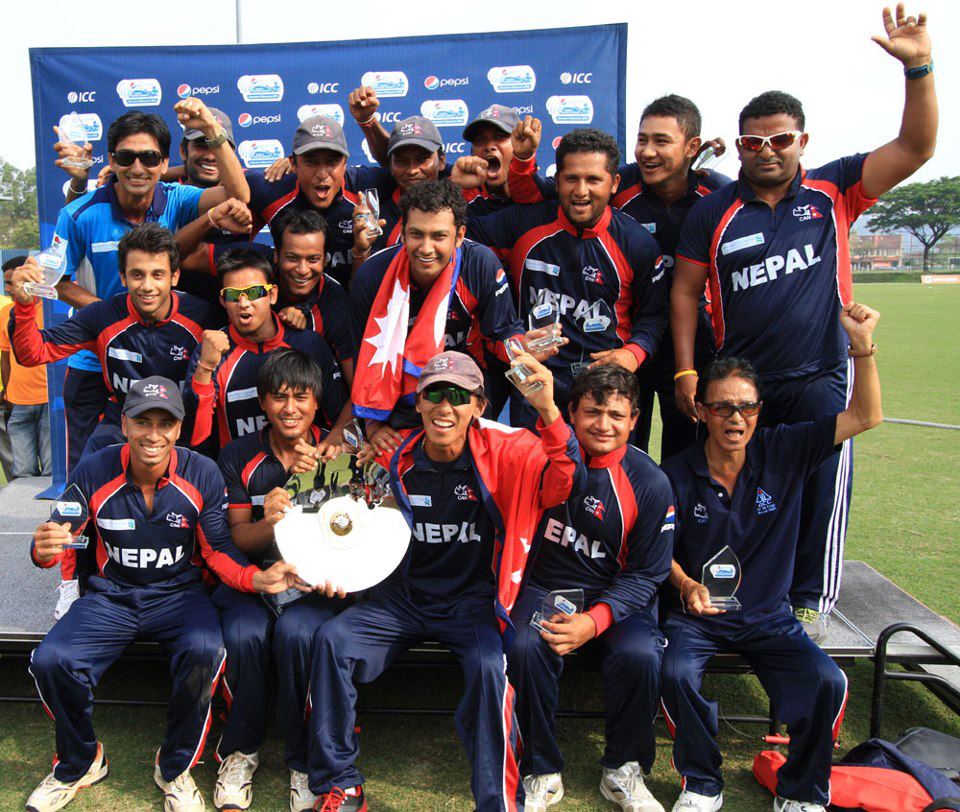 Nepal’s National Cricket Team will be awarded the first ever ‘Kantipur Icon 2071’ award. The Kantipur Foundation will award the prize amount of Nrs 2 Million on the Nepali New Year (April 14) to the national cricket team. The six-member jury consisted of noted figures including Professor Lok Raj Baral and Kailash Sirohiya.

The first-ever ‘ Kantipur Icon 2071 ’ is awarded to Nepal’s national cricket team for the international acclaim it has brought to the country, for demonstrating collective grit and perseverance against material adversity, and for instilling hope among millions of Nepalis.

The national team made steady progress over a decade, culminating in its recent qualification for the T20 World Cup, the World Cup pre-qualifying stage, and for the World Cricket League Championship. The biennial award goes to the team for making Nepalis of all ages and station proud, many of whom did not follow the sport.

The cricket team has rekindled a new vision of national unity. Each time the team plays an international match, it brings together tens of thousands of Nepalis from across the world in real time on social media. The team has struck a chord with the younger generation that is yearning for national icons through whom to express their aspirations.

The story of cricket in Nepal is one of individual effort and team spirit. The cricketers excelled despite working with modest means and limited resources.

An outstanding feature of the cricket team is its genuine representation of a rich swath of geographic, class and ethnic diversity. Many of the players come from humble backgrounds and the less privileged corners of the country not always associated with achievement in national sports.

The Kantipur Foundation and the Kantipur Icon jury unanimously recognise that the cricket team is worthy of the award on account of its “positive contribution to the Nepali nation and national life.”

Lex Limbuhttps://lexlimbu.com
Lex Limbu is a non-resident Nepali blogger based in the UK. YouTube videos is where he started initially followed by blogging. Join him on Facebook and follow him on Twitter.
Previous articleEverest Express with Yeti Airlines – VIDEO
Next articlePORSCHE Coming to Nepal??