Coca Cola has gathered a team of Nepalese musicians and noted public figures for the “Pheri Uthne Chha Nepal” music video. The video has been created to salute the spirit of Nepalese youths who they believe are making a difference each day in rebuilding Nepal.  The recently launched music video has been directed by Nischal Basnet and is now available on the Coca-Cola YouTube channel. Pheri Uthne Chha Nepal was released during a press event in Kathmandu last week. Coca Cola Foundation has contributed US $1 Million to the American National Red Cross. The charity is said to be working alongside Nepal Red Cross Society.

Now can we have a face from Nepal for Coca Cola ads? Who would you like to see? 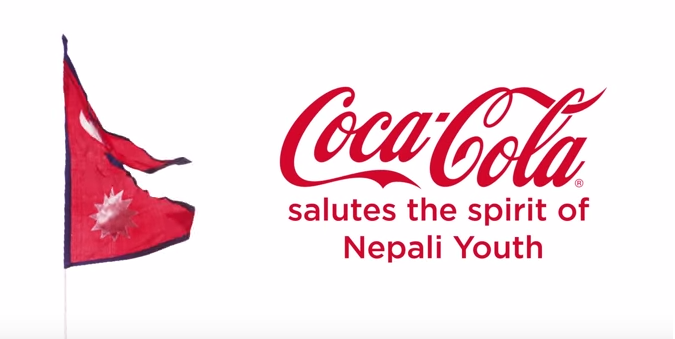 Lex Limbuhttps://lexlimbu.com
Lex Limbu is a non-resident Nepali blogger based in the UK. YouTube videos is where he started initially followed by blogging. Join him on Facebook and follow him on Twitter.
Previous articleSSgt Duncan’s Doko Run Support for Nepal Quake!
Next articleMAHILA – The Woman (Nepali Documentary Teaser)