The YouTube show GUESS THE SONG by Paradygm TV recently invited the actors from the upcoming film RANI for a Dashain Special! Malina Joshi, Manish Sundar Shrestha and Saruk Tamrakar joined in the fun, guessing away the songs that have become a Dashain classic. I must say that the Dashain Tihar song by Sugam Pokharel was completely new to me! Same with Yogeshwor Amatya and Cool Pokharel’s.

Manish is surprisingly quiet in the video… actually both of the guys are. Malina is definitely the energy of the group. The trio along with Anoop Bikram Shahi star in the film RANI which will screen across Nepal from October 19. The song BHANA BHANA from RANI makes a beautiful watch. The song itself is pretty fine too!

PS. Apart from admiring Saruk’s handsome face, I noticed the t-shirt he was wearing was of my favourite instant noodles ‘Shin Cup’. A quick Google confirmed it! The t-shirt were apparently sold at UNIQLO Japan Store! I never knew Shin Cup Noodles sold t-shirts too. I’m #SHOOK. I want one now. Wai Wai should make one – but vintage style! 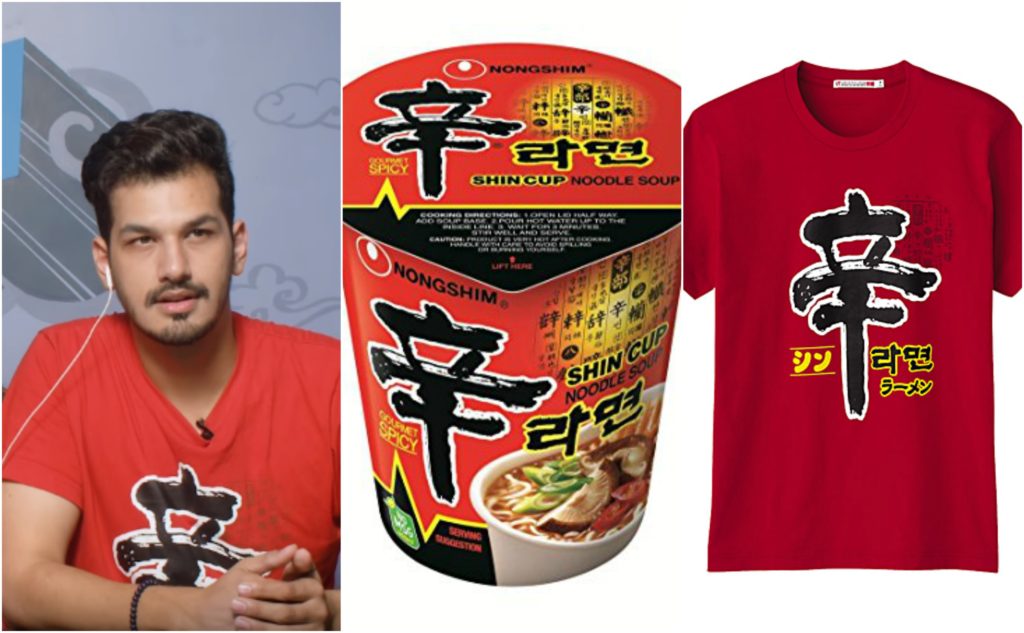 Lex Limbuhttps://lexlimbu.com
Lex Limbu is a non-resident Nepali blogger based in the UK. YouTube videos is where he started initially followed by blogging. Join him on Facebook and follow him on Twitter.
Previous articleTHROWBACK VIDEO: Nepali Guy Coming Out
Next articleBuddha Air Celebrates 20 Years And Announces International Flights From Pokhara!