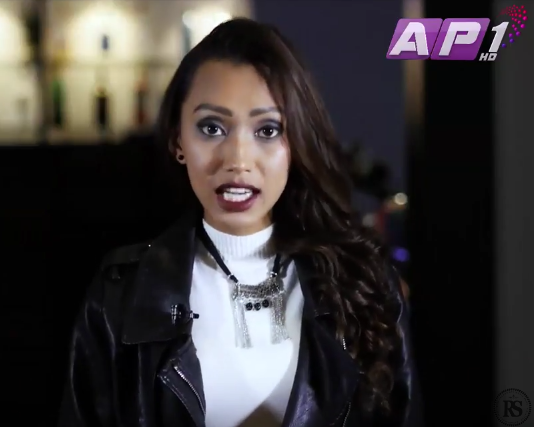 Well the answer to my question is all in the very first episode of NEPAL MINDS. The new show on AP1 HD sees Malvika Biswas talking about sanitary pads and tampons. A really interesting part of the show to me was seeing if men on the streets would help the actress out in buying a sanitary pad and watching people explain what tampon and sanitary napkins/pads are! Now that was completely unexpected. Some of the public looked young and I just assumed that they would know more – unfortunately – that was not the case. Looks like we still have more work to do!

In a stark contrast rock singer Abhaya Subba spoke about the issue of whether sanitary pads should be wrapped up in newspaper by saying that this topic was an issue ten years ago and no longer an issue today. However, she does conclude by saying if it still is an issue then society needs to unwrap these layers. I believe this twenty-minute show alone shows that there is indeed a lot to unwrap and uncover amongst the public.

I was pretty captivated by the show and I really didn’t expect to be in the beginning. Malvika is a pleasant to watch on screen. Looking forward to the future episodes.