Lex Limbu
February 16, 2010
Share
Facebook
Twitter
Pinterest
WhatsApp
Poverty: the state of having little or no money and few or no material possessions.
Known to us as one the biggest killers in the world. Around 30,000 people in the world die every day because they are too poor to stay alive.
Three members of the same family took their life in a far west village in Nepal. The police suspect the reason for their suicide was their financial inability to get treatment for their sick daughter. The United Nations has vowed to help impoverished nations through their Millennium Development Goals which aim to halve world poverty by 2015. Out of the 8 goals, Nepal is only on track to reduce child mortality. Places with poverty undeniably face corruption.
Corruption: lack of integrity or honesty; use of a position of trust for dishonest gain.
It is also one of the biggest problems which the developing world faces. We know, we’ve seen and we may have took part in this game but how can we stop this? How can we help Nepal from improving its position of being the 37th most corrupt nation in the world?
The truth is no one complains about corruption when it is to their advantage. People only complain when it adversely affects them. So, if everyone is honest and complains loudly even when corruption works in their favor, along with legislation that creates harsh punishment for corrupt people in power, we will be taking a step in the right direction.
The links between corruption and poverty affect both individuals and businesses, and they run in both directions: poverty invites corruption, while corruption deepens poverty. Corruption both causes and thrives upon weaknesses in key economic, political and social institutions.
The competition to eradicate poverty is having an impact on corruption in Nepal. Out of these two diseases, I believe we can control and reduce poverty yet corruption is something which may become a long tradition. 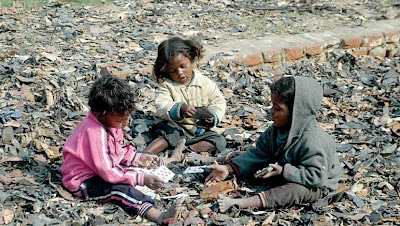 Lex Limbuhttps://lexlimbu.com
Lex Limbu is a non-resident Nepali blogger based in the UK. YouTube videos is where he started initially followed by blogging. Join him on Facebook and follow him on Twitter.
Previous articleNepali Players at Winter Olympics
Next article100 Days For The Constitution