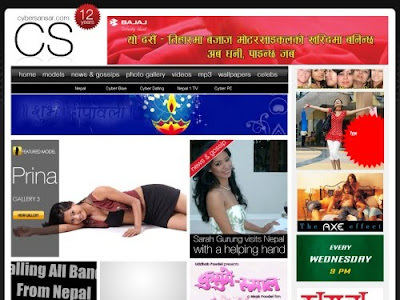 Cybersansar.com is one of the most visited Nepali website, I do not know the current statistics but its widely known that this site was one of the most visited few years ago. One clearly recieved the idea since they heavily promoted the site on magazines such as Boss and Wave”More than 5000 people a day view the website, have you” with headlines stating ; something along the lines of that.
Back in the day when the website was known as CyberNepal, I used to be a keen viewer as I believe the whole e-modelling trend was popularised by CyberNepal. In its Hey-Deys and even sometimes now, it has produced and showcased many promising faces ranging from Kohinoor Singh, Namrata Shrestha, and Yamuna Uprety. The site has also featured many popular faces from the Nepali Film Industry ranging from the sulty Rekha Thapa, Richa Ghimire etc. However, it is clearly visible that the website has lost its quality in the models which they pick. Either the fault lies in the experience of the model or the photographer does not have any creativity apart from positioning a half-naked girl in a white background. The website has lost its trance and become as normal as any other Nepali e-modelling websites, the models which they use are nothing but vulgar with some looking like they could be from B-Grade Indian movies. A girl can look equally sexy in a sari or even a traditional Nepali dress as demonstrated by Hema Shrestha in the Maitighar remix video yet CyberSansar has consistently failed to take this approach yet we see models with bikini tops in front of pictureque locations. New websites such as TimroHamro has a better narrative in photography. What are your thoughts and views? 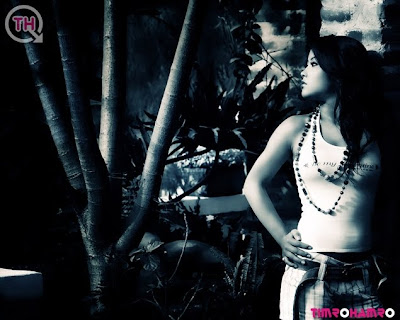