Alok and Aryan : The Make-Up 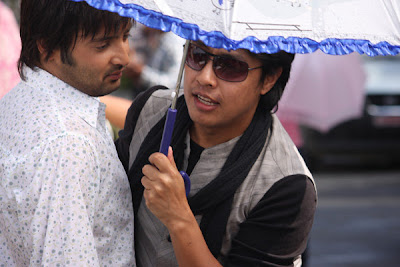 Bizzare as it may sound but director Alok Nembang and Aryan Sigdel had difficulty getting along during the early stages of filming for Kohi…Mero and previously Alok directed Laazko Lali video which had Namrata Shrestha and Aryan however they never spoke to each other until Kohi…Mero. Looking back on this Alok laughs and clears the air by saying ”Aryan and I never clicked together. In fact, we always cold-shouldered each other. Kohi…Mero brought us together and now we are great friends”, Aryan also speaks mutually by calling Nembang a ”very good human being”. 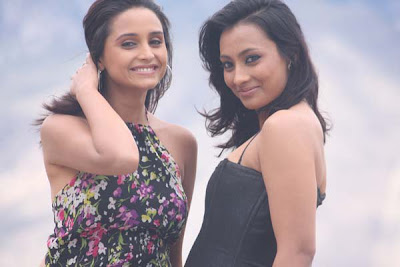 When Jharana was quizzed regarding the most memorable time from the KM experience she recalls the moment during the film shoot, she said ”We were returning after shooting a dance sequence in Muktinath, it was the first time Sanchita and I sat together. Suddenly, she told me how she thought I was a proud and egoistic woman but found exactly the opposite. I was shocked to realize how people take me in the industry. I was happy that she politely confessed her feeling.”
Ah Good Job that Kohi…Mero has cleared the air and brought many people together, and come on Kollywood, you are a small film fraternity, be a family.

Lex Limbuhttps://lexlimbu.com
Lex Limbu is a non-resident Nepali blogger based in the UK. YouTube videos is where he started initially followed by blogging. Join him on Facebook and follow him on Twitter.
Previous articleMadan Krishna and Hari Bansha for PRESIDENT!!
Next articleCricketer Woes