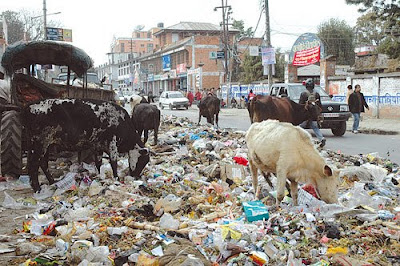 That was the line which came out of my mouth during a heated debate with my sibling.
”You Stink Like Kathmandu”
The capital city of Nepal, a city which houses several UNESCO World Heritage Site’s (Kathmandu Durbar Square etc) is in somewhat of a dilapidated state. The inconsistency of the garbage disposal system, constant change of rules from different sides have led to disruption of garbage collection leading to mass dump sites forming in the central points. Every few weeks later the Govnt-Communities ink a deal only to repeat the stinky process all over again. The mess not only presents a bad image for people living/visiting Kathmandu but also increases the chances of many transferable diseases. Deceased bodies have also been found in such temporary dump sites (Chabahil). NGO’s have attempted to Clean Up Kathmandu however without a real backbone in the system not much has been transformed for the long-term. Lets hope landfill site communities and the Government work together accordingly to stop such disruption. 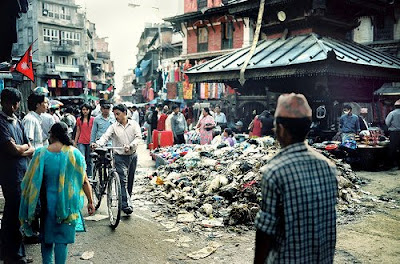 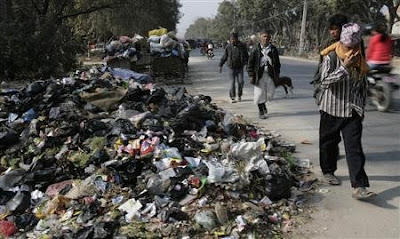 We dont want our city to look like the dirrrty parts of Mumbai, lets control this while we can.
BTW, whats the stinkiest part of Kathmandu for you? I think the Bagmati Bridge between Kathmandu and Lalitpur is like an ACID ATTACK on your nose during the Summer. Man, it used to kill me crossing the river!!! When there was traffic, we used to literally die on the spot.
Let Kathmandu Smell Nice..

Lex Limbuhttps://lexlimbu.com
Lex Limbu is a non-resident Nepali blogger based in the UK. YouTube videos is where he started initially followed by blogging. Join him on Facebook and follow him on Twitter.
Previous articleNoal Gurung – Nepali Male Model
Next article1 Night Only – TopEventUK