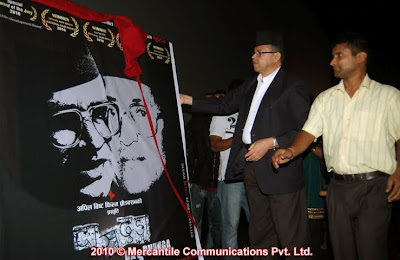 MP Jhala Nath Khanal at the premiere!
This movie premiered in Kumari cinema today alongside much fanfare! Few political leaders here and there. Dasdhunga which has faced quite a few struggles from the Censor board will be on general public release tommorow where it will be screened in all major cinemas throughout the nation. Directed by Manoj Pandit who made the Docu-Film ‘Greater Nepal’.

Why you should watch it : For once its not a love story.
What it is about: “Dasdhunga” is based on the road accident of former UML General Secretary Madan Bhandari and leader Jeevraj Ashrit.  Both of them died under mysterious circumstances on Jestha 3,2050 at Dasdhunga of Chitwan.
Whos in it:  Saugat Malla, Anup Baral, Sanchita Luitel, Dayahang Rai (Several Theatre Actors) 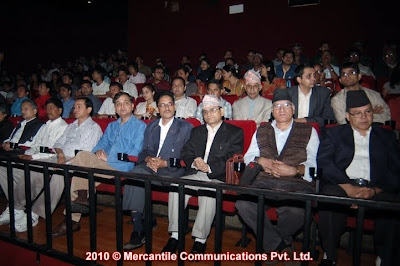 A line of ministers seated 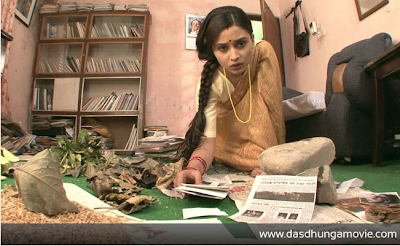 Lex Limbuhttps://lexlimbu.com
Lex Limbu is a non-resident Nepali blogger based in the UK. YouTube videos is where he started initially followed by blogging. Join him on Facebook and follow him on Twitter.
Previous articleSadichha Shrestha Becomes Miss Nepal
Next articlePreeti Subba in Sanjeev Singhs Video