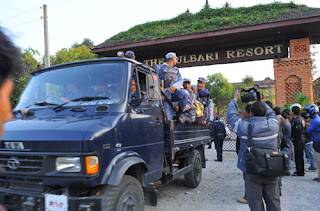 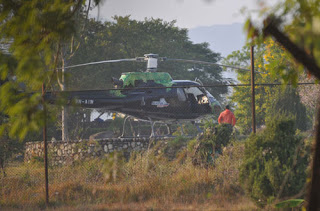 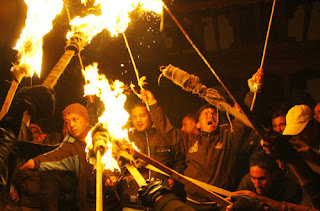 To cut a long story short – Former Prince Paras has been arrested from The Fulbari Resort (Pokhara) on Tuesday for his drunken act in Tiger Tops Resort in Chitwan on Saturday evening with Rubel Chaudhary (Sujata Koirala’s son-in-law). After a 5 hour stand-off, Paras gave himself in but asked to be escorted by a private helicopter to Bharatpur Regional Police Station. It is said that he will be spending the next few nights in a one-bedroomed cell.
Various parties have come together to boycott Paras and are asking for the court to give him up to 12 years in prison. Like seriously, all he did was threaten to kill someone, we have ministers in the Govnt who have killed families, looted thousands and are still sitting their fat asses in the CA and slowing the whole movement. Yes PUNISH HIM but 12 years is just wayyyy outta the line. O and PUNISH HIM for this, not for his family’s behaviour or for his past behaviour.
Read the previous Para article here!
Also, like all the drama seems to be taking place at Resorts! Im going there with my camcorder next year 😉 – The third picture is of Royalists who came out to support Paras. We live in such a fickle nation. The people rose to abolish Monarchy, and slowly they are rising to bring back Monary. ARE WE READY?

Lex Limbuhttps://lexlimbu.com
Lex Limbu is a non-resident Nepali blogger based in the UK. YouTube videos is where he started initially followed by blogging. Join him on Facebook and follow him on Twitter.
Previous articleBeauty Contest for ELEPHANTS
Next articleGurkha VC Hero Passes Away