Home Movies New Heroine Left Filmless!!!
Facebook
Twitter
Pinterest
WhatsApp
Binita Baral is not a new name, having done more than a dozen music videos and appeared on teleserials such as Katha Premka, Binita was all set for her movie debut with Sabir Shrestha’s KE MA TIMRO SATHI BANNA SAKCHU. The movie is being produced by Krisha Chaulagain who is at blame for dropping Binita Baral from the movie after signing the agreement paper. With only few weeks left to start the filming Binita is furious regarding this decision and want’s justice from whoever was involved in making this decision. 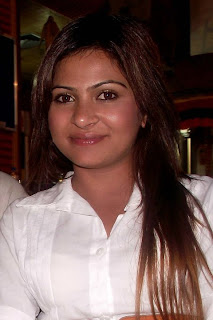 Producer Krisha Chaulagain (pictured on left) who has previously made Insaaf and Kasam Hajurko is not facing negative publicity for the first time. Previously Krisha was blamed for dropping actor Biraj Bhatta from a movie and instead replacing him with Raj Ballav Koirala.
Now this paint’s a really bad picture for the scene in Kollywood. Looks like there really is no point in signing an ”agreement” paper in our ‘La Laah Land’. The actor for the movie is confirmed to be Aryan Sidgdel but who know’s if they change that decision too 😛 .Could the reason for dropping Binita be because the producer thought it would be a risk to give such a big movie to a new debut female?