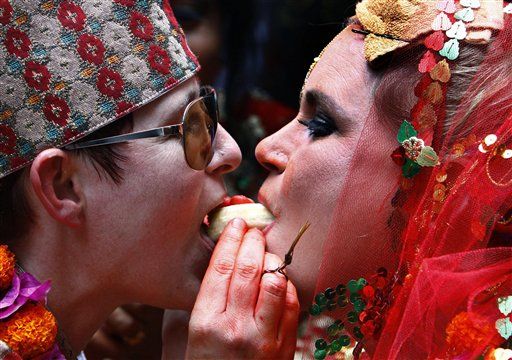 The most amusing thing I found from the marriage photo’s was the ritual of the American couple sharing the banana, like really. Banana? It’s just unusual – I wonder what the reason behind that is.
The couple got married as per Hindu traditions at Dakshinkali Temple on Monday. When questioned why they decided to follow the Hindu way of marriage Courney Mitchell, 41 who is a psychology professor in Colorado says “We decided to do it in Hindu tradition because there are instances of Hindu gods of same sex marrying,”. 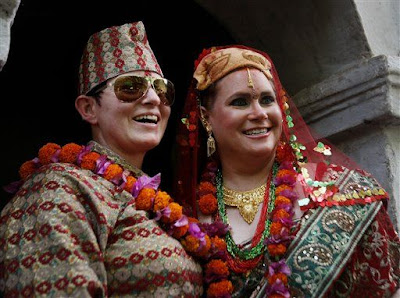 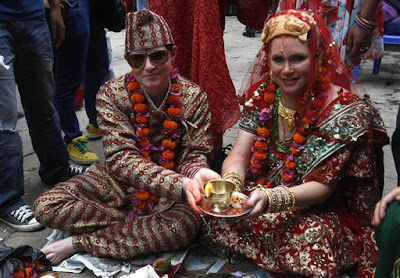 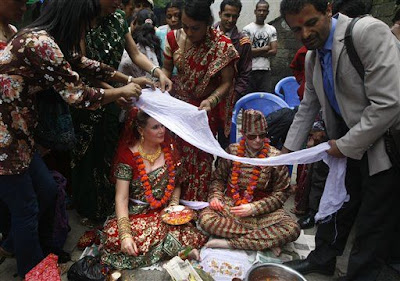 For the full info – link!