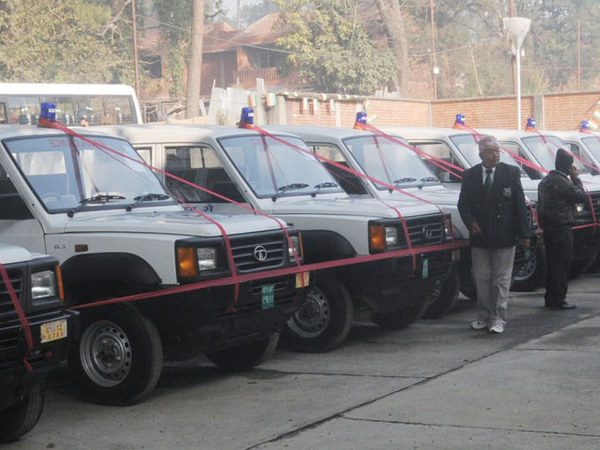 Yesterday marked the 63rd Republic Day for India. It was also the official release day of Agneepath [remake] which has grossed over 25 crore on the first day beating Bodyguard. Moving on from Bollywood and getting to the point, to mark the republic day on Thursday a vehicle handover ceremony was held at the premises of Indian Embassy in Kathmandu where 20 ambulances and 4 buses was handed over to different organisations and schools spanning over twenty districts of Nepal.

Some of these organisations range from Dhading District Hospital and Nepal Red Cross Society. The keys were handed over to the recipients of the respective organisations and not simply to the ‘government’. If you want to read more about this ceremony then click here!

This surely is super news’, hope we’re all grateful for the gesture.