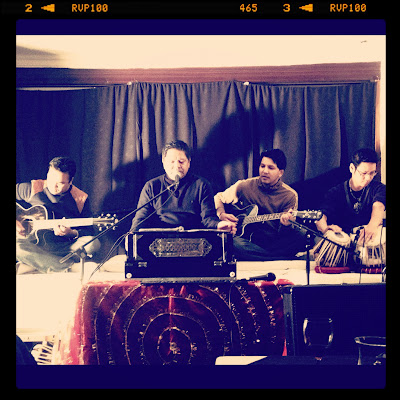 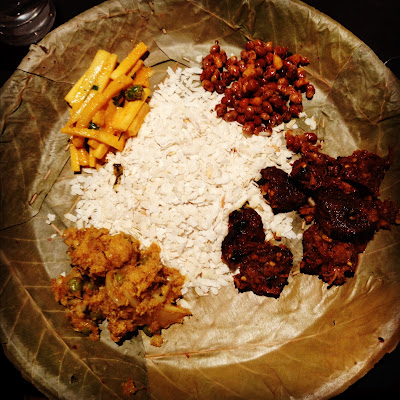 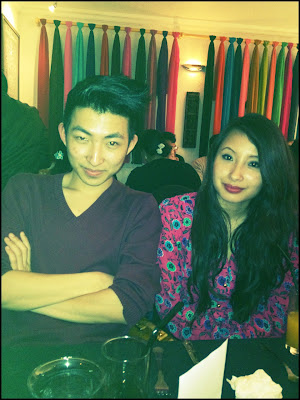 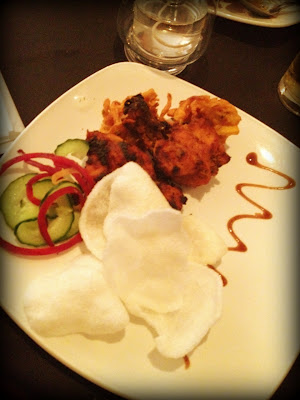 Event: Sugam Sangh
Restaurant: Nepalese Tandoori, Shepherd Bush (London)
Date: 26th February 2012
Time: 6PM-11PM
I hadn’t planned to share this but after being impressed with the music and the yummy food I thought why not aye! A musical evening was organised at the Nepalese Tandoori on the 26th Feb recently where the Riyaaz Band was paying tribute to the swor samrat Narayan Gopal by singing few of his hits and also singing various other popular Nepali classics! My favourite tracks were ‘Kehi Mitho Bata Gara’, ‘Na Mana Laja’ and the ‘Ye Kancha’ song. In between each set of the music was three sets of meal served; two starters and a Newari main course. The evening became a lot more Nepali after seeing the tapari which was impressive to say at the least. Unlike some other Nepali restaurants in the UK when it comes to Nepalese Tandoori I can be confident that I won’t wake up with an urge to run to the toilet; and I didn’t.
PS. The food was well piro! Loved it and yes recommended =]
RIYAAZ BAND
Bhupendra Man Shakya – Lead Singer
Ujjwol Ram – Guitar
Dipak Shrestha – Guitar
Sabin Rajbhandari – Tablaa
Sharmila Singh – Female Singer