Home Music Manas Ghale’s YATRI Nominated at British Student Film Festival 2012
Facebook
Twitter
Pinterest
WhatsApp
The music video of YATRI by Manas Ghale which was directed by Laxcha Bantawa who started her journey on youtube with the NepUNITY channel has received two nominations at the British Student Film Festival 2012. The festival which is set to take place on late April in London celebrates vision and creativity in students. Yatri is a three minute long music video which follows the journey of a lost musician, the video has been shortlisted for the Best Post Production and Best Music Video category!

Below is an excerpt from Laxcha talking about YATRI last year on lexlimbu.com:

In her own words:
It was a group of young people getting together doing what we all love to do.
Bryan & Calvin are photographers. None of us had shot a music video before. We are not part of any industry. We had no sponsors – no budget!
We made this simply because of passion and that’s why this video is such an amazing achievement for all of us.

Yatri has its own pragmatics because it is based on Manas’ true life story; however the making of ‘Yatri’ also has its own story – and that is ‘follow your dreams and destiny’. This is also the reason why we featured Battlenutz, Duke & Chronicz because they are all such inspiring passionate voices in our generation.


Laxcha was also the editor for ‘Lex in Nepal’ – she did an amazing job considering I basically sent a hard drive full of videos with no instructions. Congratulations’, being nominated – that’s a huge feat, I sincerely hope you stay on top of the game and continue delivering whilst improving yourself. 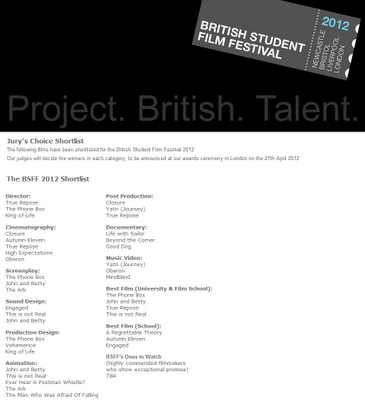 Find out more about Laxcha Bantawa.
Join Lex on Facebook!