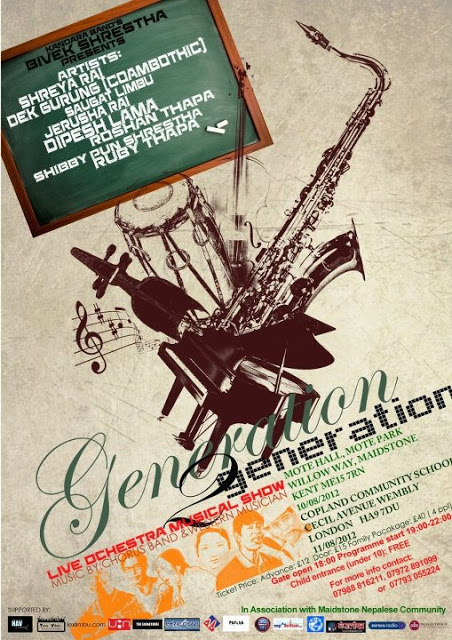 Hong Kong Pokhara… Nirmohi Affno Ko Chha Ra…
I’m sure you all have heard that song from the popular Kandara band. Still singing and still youthful is the vocalist of Kandara band Bivek Shrestha. Though it’s only been a few months since he wrapped up his solo tour ‘Songs Forever’, Bivek Shrestha is back with Generation 2 Generation. During the press release in June Bivek Shrestha emphasized on the importance of old Nepali songs from legendary musicians such as Aruna Lama, Narayan Gopal, Master Mitra Sen and more; one of the main reason for naming the event Generation 2 Generation is so that the new breed of aspiring singers and musicians are also presented with an opportunity to practice their vocals in classic Nepali songs. If we don’t listen to such songs from the past then slowly those songs will be erased from our lives forever. Therefore, it is very important that our youngsters also sing our classic songs and not only the current chart hits or Western classics. Popular youtuber Shreya Rai who goes by the username ‘dryroti’ will be one of the artists for the Generation 2 Generation concert. Shreya will support the Chorus Band along with a full-string group; there’ll deffo be a live orchestra feel. Sounds classy.


You can catch Generation 2 Generation on Friday 10 August in Maidstone and the concert will come to Wembley, London on Saturday 11 August. Advance tickets can be purchased online for £12, so you will be saving £3 if you buy it ahead or else it’s £15 on the day or £40 for a family package (four people).