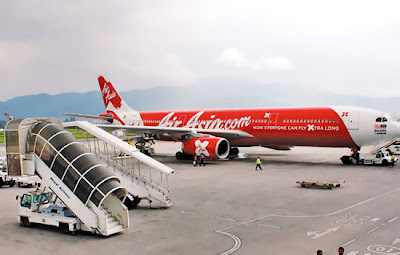 For the aviation enthusiasts; you’ll be glad to know that there is indeed a viewers deck at the TIA Airport in Kathmandu. The operation which came to service two months ago attracts approximately 500 viewers everyday. The current visitor number is only half of the thousand plus viewers that frequented the area back in 1998. The viewers deck which opened in July 1998 only operated for few months due to increasing security risks posed by the maoist insurgency. Some of you maybe wondering why on earth you’ would want to go to the viewers deck, well A because many may want to stick around till their loved ones actually take off and B because there are many individuals who have never had the opportunity to fly on an airplane or see an airplane from a closer view and finally C because there are aviation enthusiasts who probably buzz of seeing airplanes take off and land.

If you fancy a trip to the airport to see the airlines (from a distance) then it will only set you back Rs 23. I am definitely there! Now if only we had bigger aircrafts such as the Boeing 747 or the Airbus A380 flying to and taking off from Kathmandu.