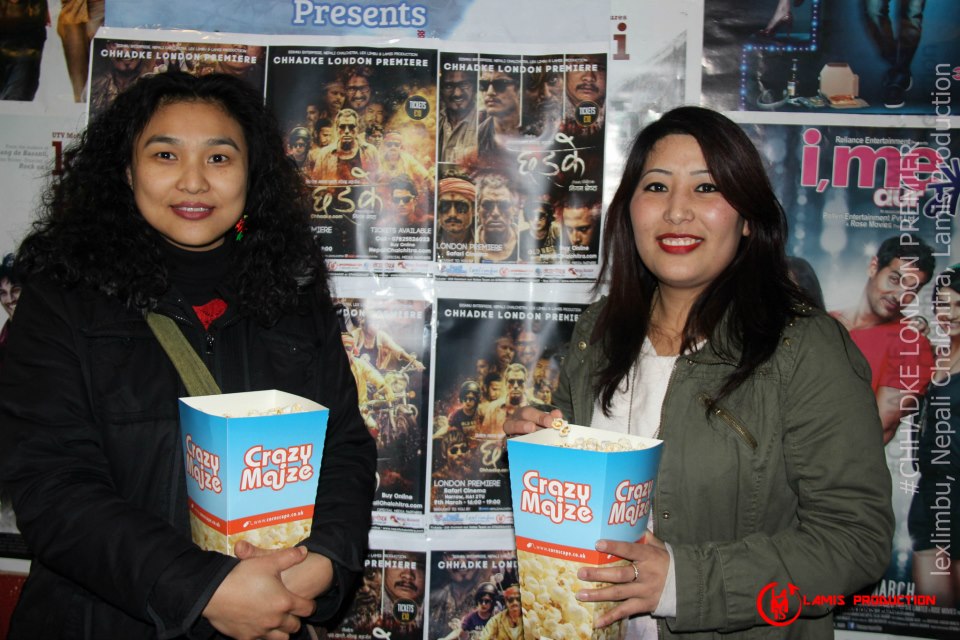 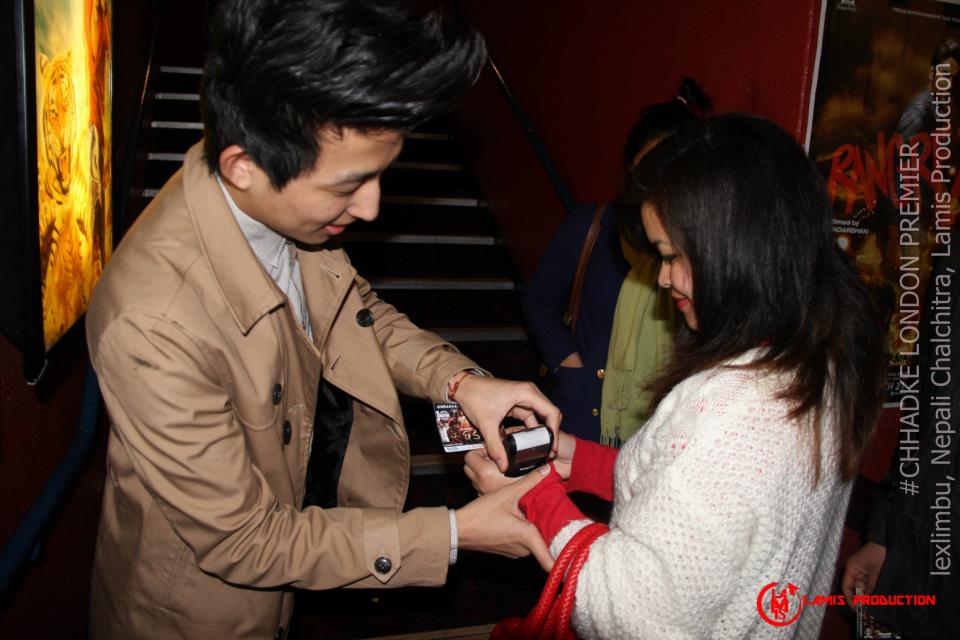 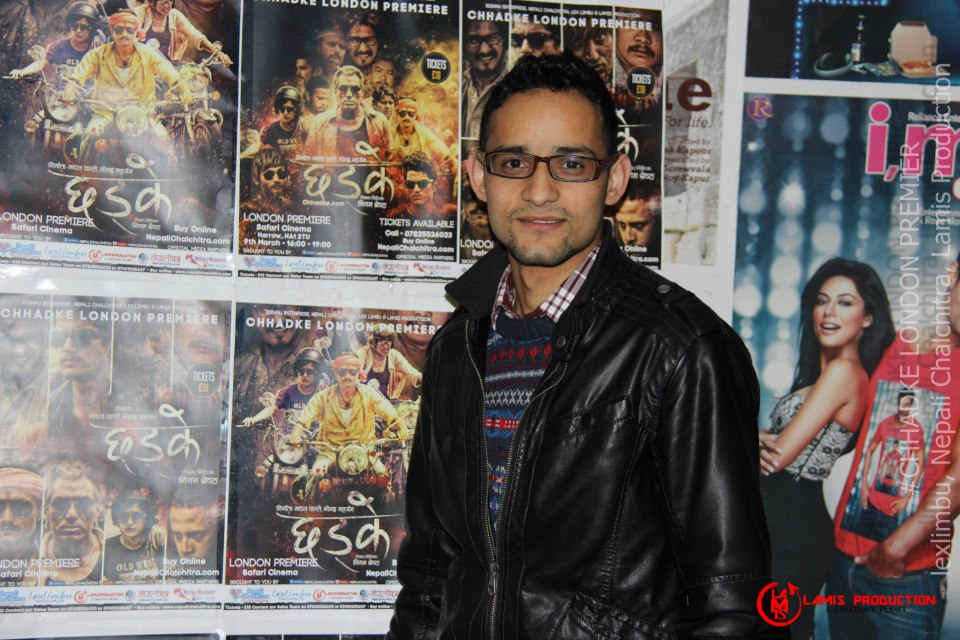 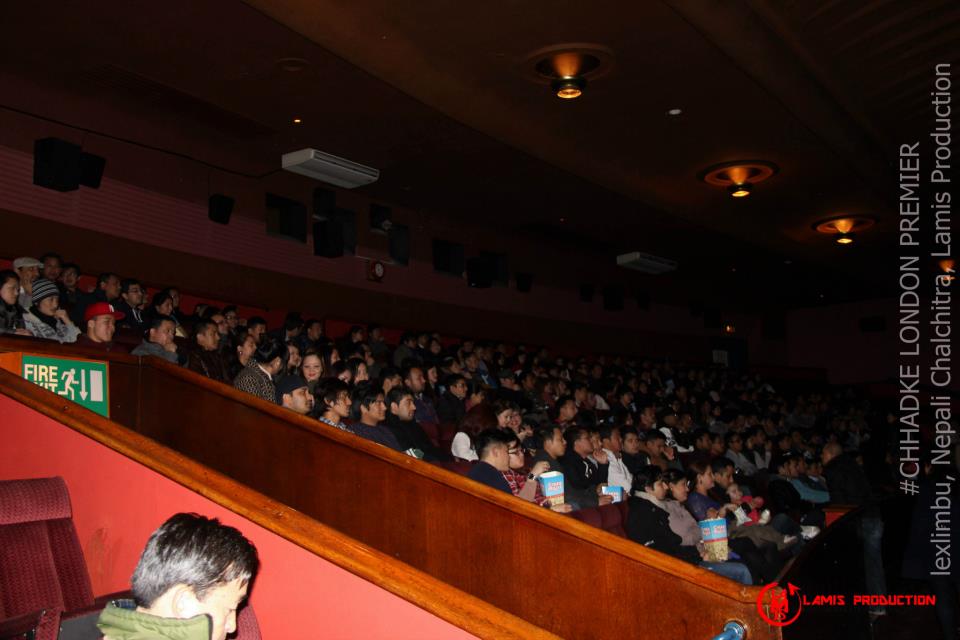 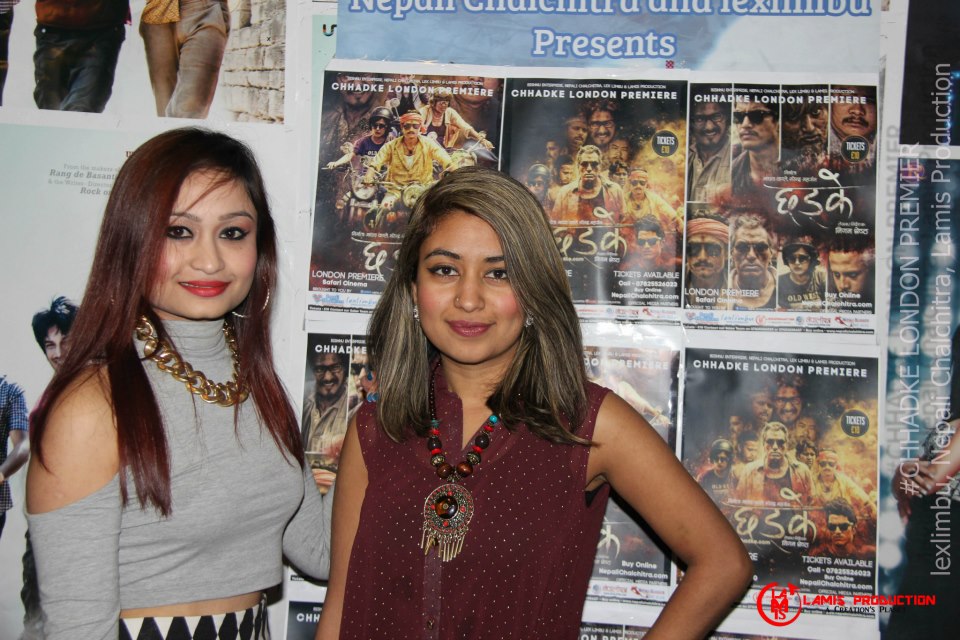 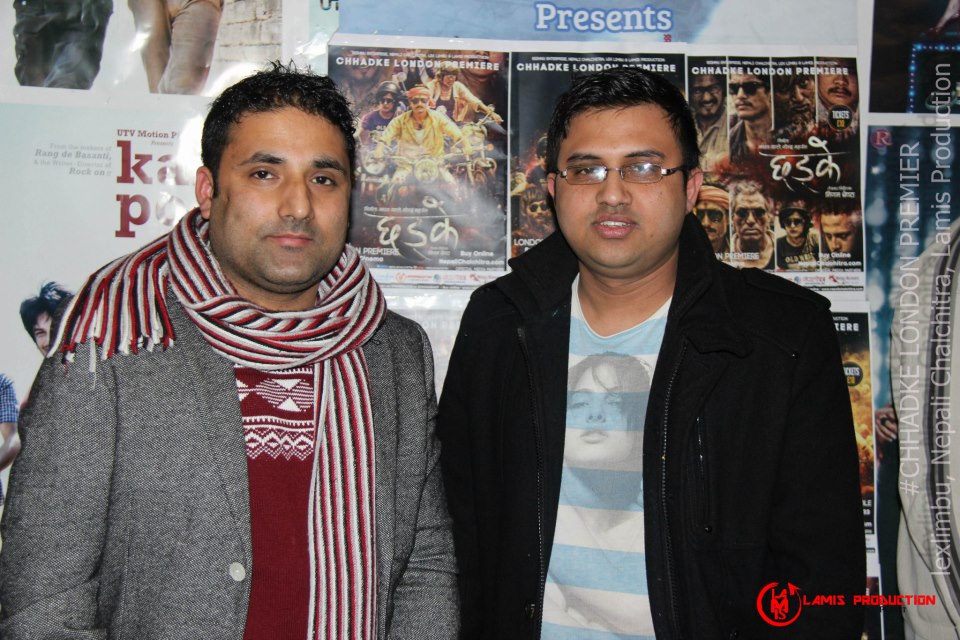 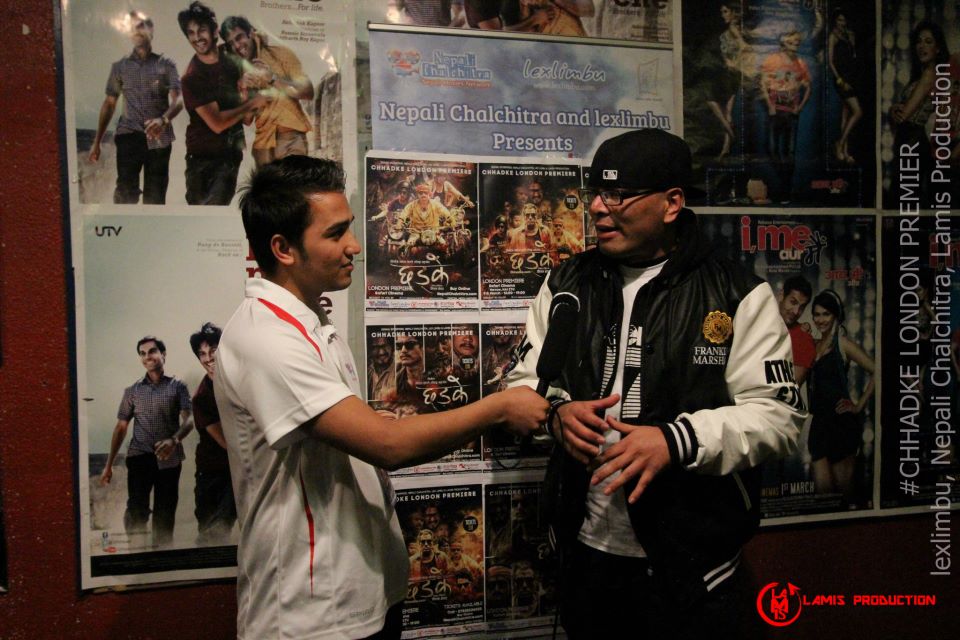 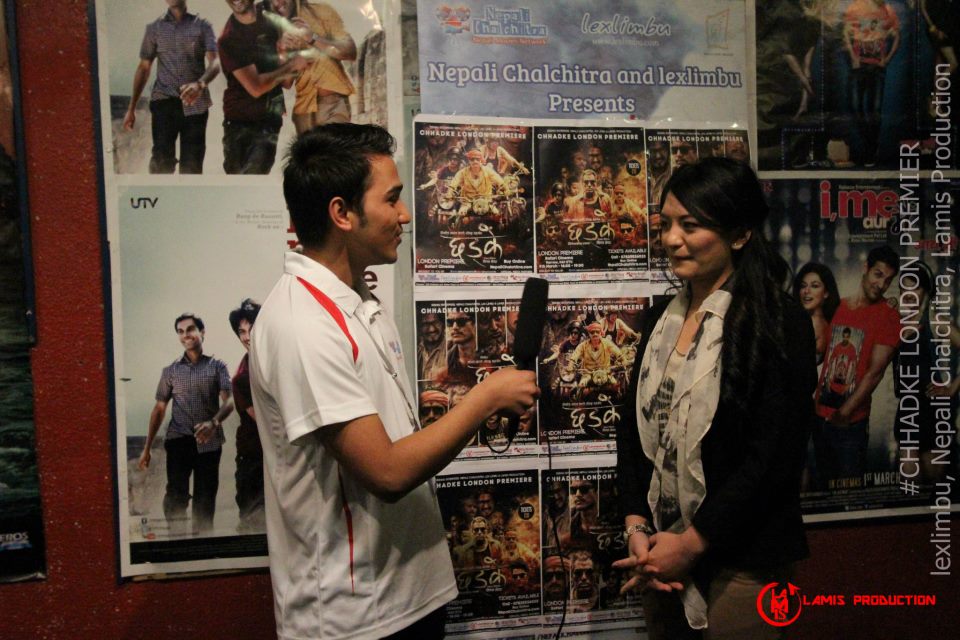 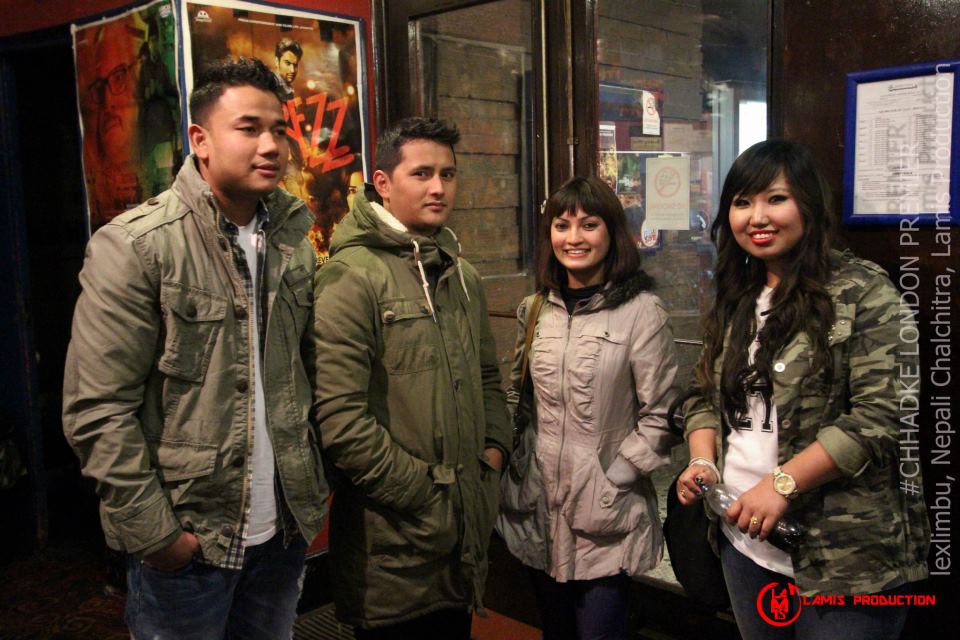 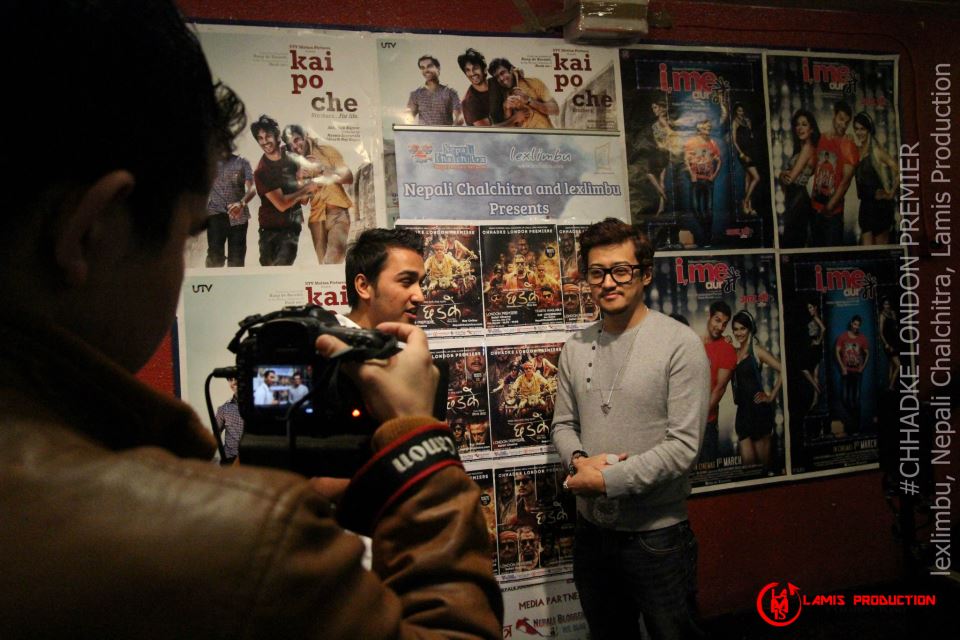 So the much awaited screening of the Nepali film Chhadke took place in Harrow’s Safari Cinema on Saturday March 9, from 1600 onwards. The screening which had been organised by Nepali Chalchitra, Lamis Production and myself would not have been possible without the cooperation of Bishnu Enterprises UK who hold the distribution rights for Chhadke. As a team, we would like to extend our gratitude to everyone who participated by showing their attendance or supporting the London screening and the film. We are very happy to share that there was over 500 attendees at Safari Cinema to catch Chhadke in London.

After reading tonnes of mixed to very negative reviews that read “jpt movie/ bakwas / hangover diyo”, I was very intrigued. Never the one to follow peoples feedback and reaction, I was pretty excited to see what Chhadke was all about. Those that actively participated online blatantly gave the story of the film away, thanks… not. For me, the first and second half both was pretty entertaining. Nikun Shresthas performance was brilliant. It wasn’t underperformed or overdone, he nailed it. His fellow mate on-screen, Bipin Karki (Bindu) did a great job in making the audience laugh constantly. In between the jokes and the punchlines, he oozed great comfort on-screen. He’s another example of a theatre-actor making a remarkable entry into cinema. Rock legend Robin Tamang also made his foray into Nepali cinema with Chhadke. His character demands great attention and authority, perfectly enacted by the rocker. Saugat Malla has done an amazing job as the jungle man in Chhadke. The final theatrical teaser released of Chhadke shows Saugat running like an animal from the front, that few seconds was amazing. I just wished there were more of such scenes from the front angle rather than the many scenes we were shown of Saugats back… Other actors, Namrata Shrestha, Dayahang Rai, Safal KC, Arpan Thapa, Prateek Raj Neupane, Sunil Pokharel and Kaameswor Chaurasiya have great presence in the film. It would’ve been nice if some of the actors from that list had more to do in the film.

The songs and the background score is great with Chhadke, traditional Nepali dhoon at its finest. Unfortunately, the sound quality came across a bit poor… various interruptions and at times, it felt as if there was an echo when the leads delivered their dialogues. There were several scenes that I felt could have been shortened, especially towards the end. Nonetheless, the message that the film sends in totality needs to be commended. I’m sure there’s more to understand from Chhadke but I liked what I understood, the relationship between power, rich, poor, dreams, despair are all inextricably interrelated. The message it sends of the illegal logging and poaching in Chitwan is a great one that many needs to know.

PS. Huge thanks to Lamis Production for the photos. Also, great work by Ananda Maharjan on the CHHADKE posters.

Lex Limbuhttps://lexlimbu.com
Lex Limbu is a non-resident Nepali blogger based in the UK. YouTube videos is where he started initially followed by blogging. Join him on Facebook and follow him on Twitter.
Previous articleNepal in 2022 – The Great Vision
Next articleBournemouth University Nepalese Society Steals The Show