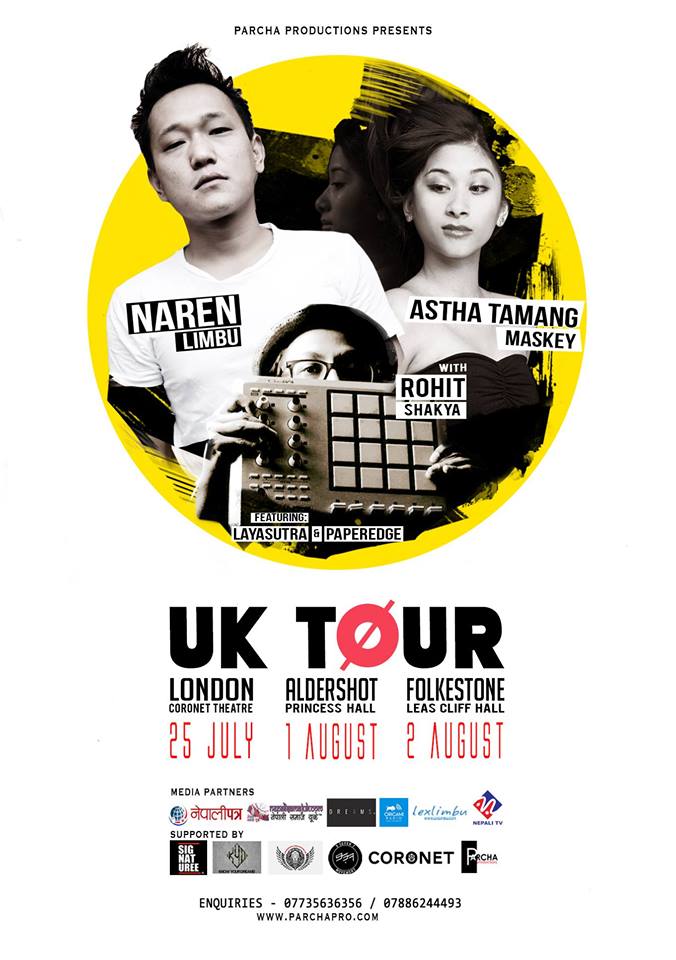 I had blogged about Astha Tamang Maskey and Rohit Shakya’s Ma Ek Sapana tour coming to the UK a few weeks ago and here is the official confirmation. Dubbed the “UK TOUR”, the popular event company Parcha Production will be presenting the Sabai Thikai Huncha singer alongside Rohit Shakya and Naren Limbu! It will be the very first time in the UK for all three musicians.

The set of three live shows will also have UK based Nepali bands Paper Edge and Layasutra opening the shows. Naren, Astha and Rohit will be playing live at the Coronet Theatre in London on Friday 25 July, Princess Hall in Aldershot on Friday 1 August and Leas Cliff Hall in Folkestone on Saturday 2 August.

Parcha Production have released a limited number of early bird tickets – get yours now! Save Money! Save Time!

PS. With Naren Limbu performing in the UK for the very first time, I wonder if this means Sudip Gurung will also join him on stage = the reunion of AASTHA! I am sure people will go crazy if they hear the two sing Harpal together.