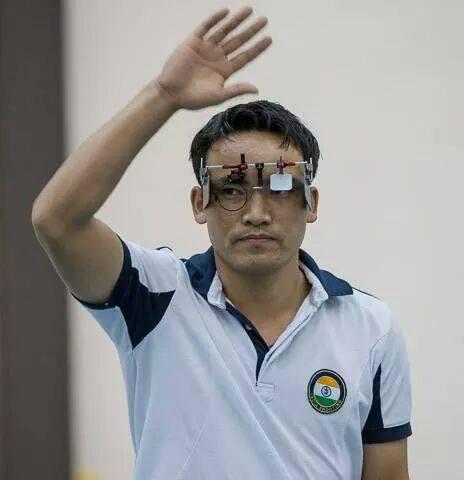 Who would’ve thought a boy from Sankhuwasabha, Nepal would be the new Pistol King of the Indian Army? Twenty-six year old Jitu Rai recently grabbed the headlines across India after winning two medals in a single World Cup competition. Rai who’s under 11 Gorkha Regiment migrated to India and joined the army in 2006. Though his work takes him far and wide, he still visits Nepal during his vacations to meet his mother and siblings.

Here’s a snippet from Times of India:

He entered shooting’s record books on Thursday with his gold in men’s 10m air pistol at the World Cup in Maribor (Slovenia). He quelled the challenge of eight of the world’s best, including teammate Prakash Nanjappa who finished fifth. On Monday, Rai had clinched a silver in the 50m free pistol after losing the title duel to Damir Mikec of Serbia by just 0.1 point.

The gold medal was Rai’s third podium finish in nine days after bagging a silver medal in the previous ISSF World Cup in Munich on June 11. “Nothing much has changed in my equipment or technique. Only that it all clicked in the last few weeks,” the champion shooter told TOI from Maribor.

PS. Click the Times of India link to read the full article!

Lex Limbuhttps://lexlimbu.com
Lex Limbu is a non-resident Nepali blogger based in the UK. YouTube videos is where he started initially followed by blogging. Join him on Facebook and follow him on Twitter.
Previous articleNepali Boy Dances To Baby Doll – VIDEO!
Next articlePriyanka Karki and Rajan Nepal at Martin Chautari