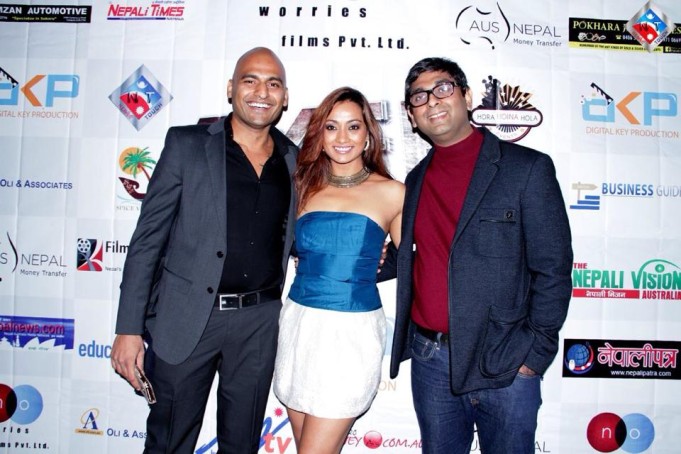 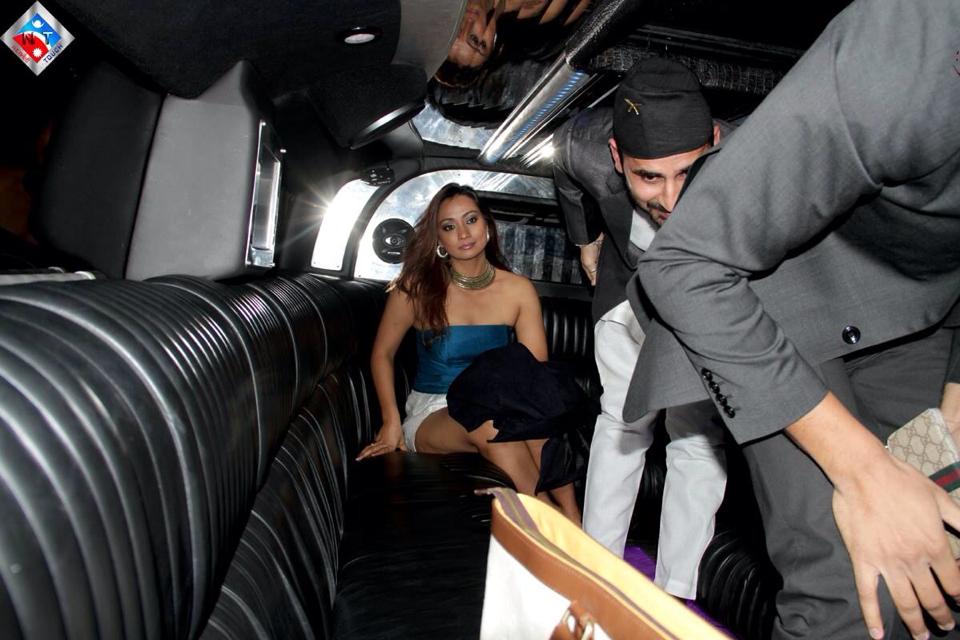 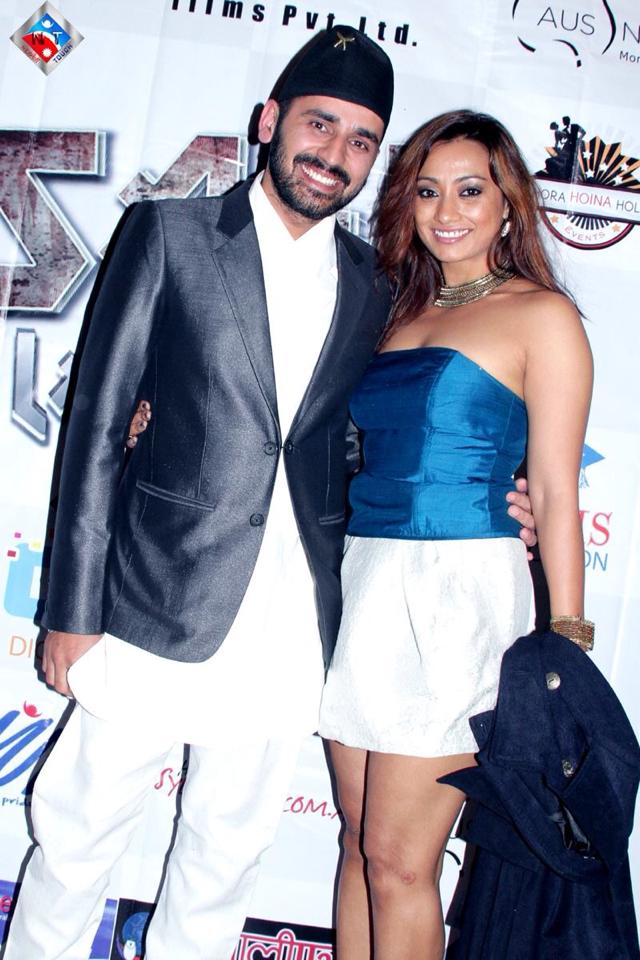 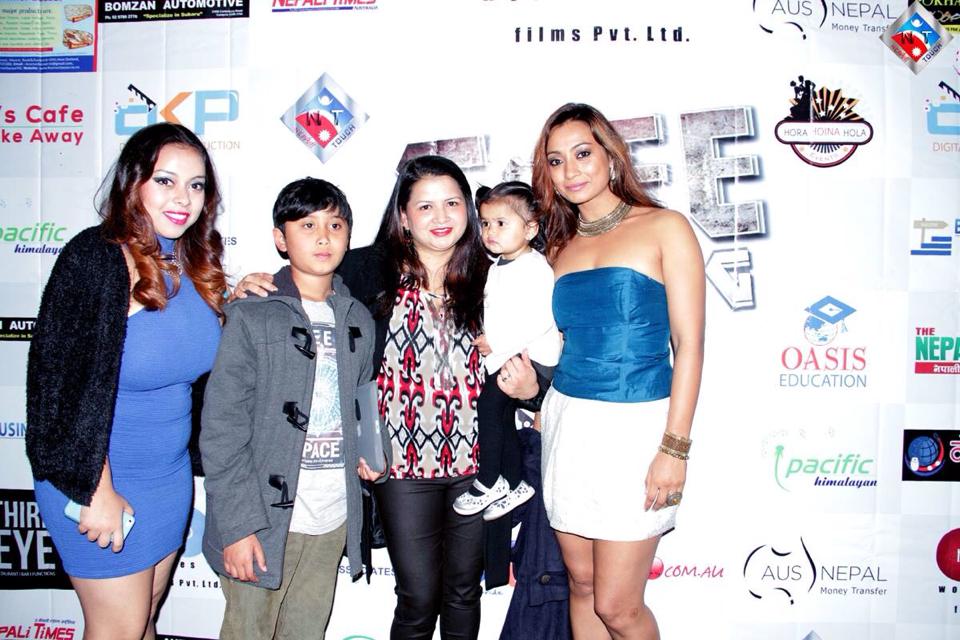 Nepali film SAFE LANDING had its very first premiere in Sydney on Saturday August 9. The film by Sandeep Mark Joseph was screened at the Hurstville Civic Theatre in the presence of Jharana Bajracharya, some of the crew and film-journalist Suman Gaire from Nepal. Safe Landing will be screened in New Zealand on August 17 followed by a Nepal release on Mangsir 19.

The film team arrived in a Hummer Limo to the venue! How starry! Jharana should have worn something better hmm!