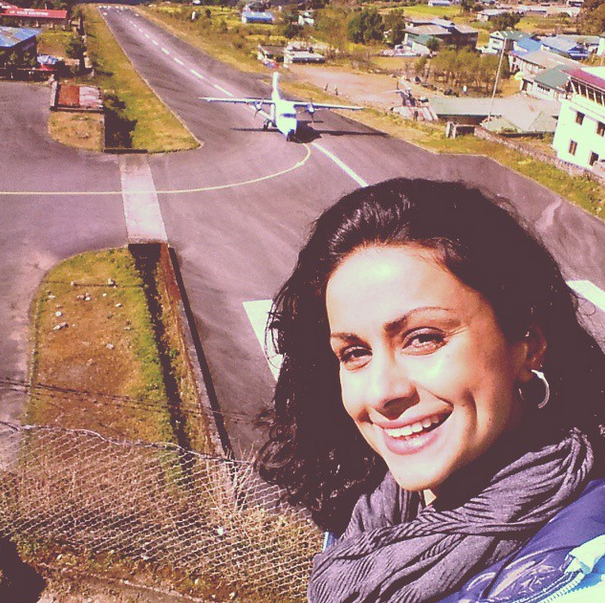 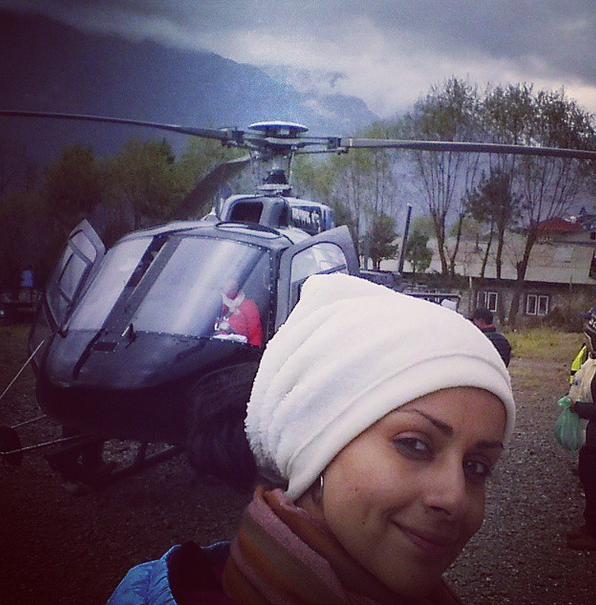 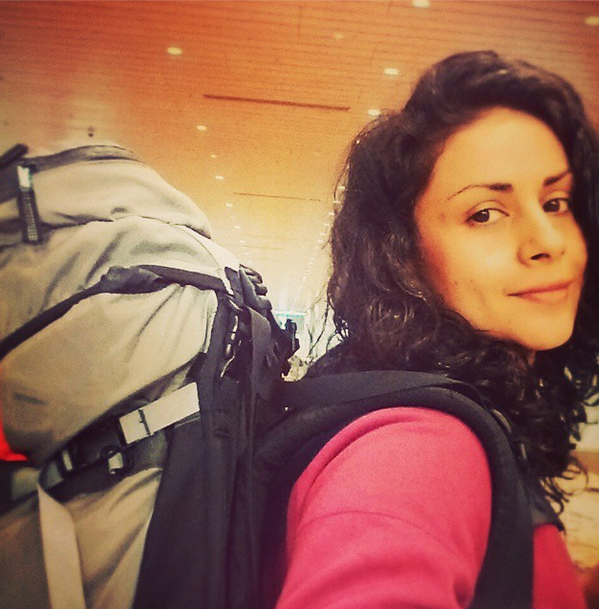 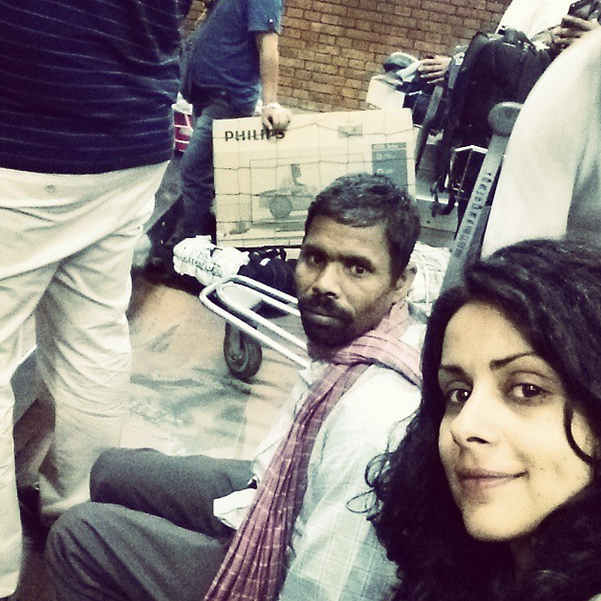 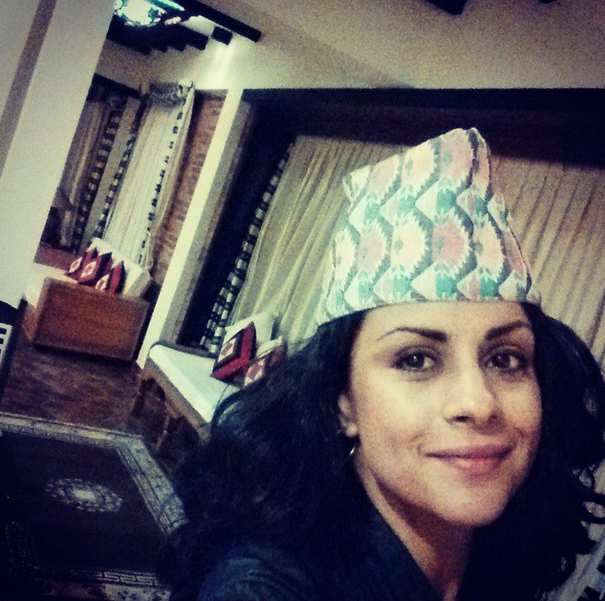 It should come as no surprise why so many Bollywood celebrities have visited Nepal this year. Firstly, we’re only few hours away by air and offer so much to see and do! Secondly, quite a lot of celebrities have come here to attend various talks or fashion shows – which could mean that the event organizers here are becoming more ambitious and targeting figures outside of Nepal. If that’s the case then I hope Hollywood is not too far away haha! Former Miss India and Bollywood actress GUL PANAG is currently in Nepal. The actress is undertaking the Everest Base Camp trek with the Blue Mile team.

Kinda awkward how she wrote Khatmandu instead of Kathmandu in her initial instagram photos… clueless. She has corrected her mistake on Twitter with a tweet sent out. LOL. She has over 1 Million followers on Twitter – get that promo Nepal!!!