Women and Youth empowerment through MEDEP/UNDP 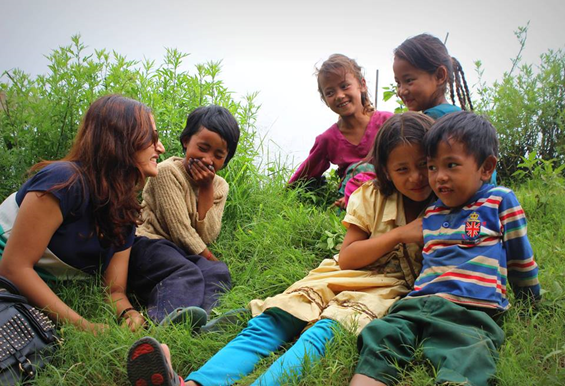 Here’s a guest blog post by  Samikshya Siwakoti who is currently reading at Agnes Scott College, Atlanta Georgia. Siwakoti interned at MEDEP Nepal for just under three months during her summer break in 2014.

During my summer break, I got an opportunity to intern for a UNDP initiated project called MEDEP in Nepal. The main purpose of the internship was to conduct a study to assess the impact of MEDEP’s intervention on women and youth.  As Nepal has been facing many problems such as lack of adequate employment opportunities and segregation based on gender and caste, many women and ethnic groups are backward and subjugated to domination.  Thus, with the objective to assist deprived communities by creating various income generating opportunities through skills development training and to support small business enterprises, Micro-Enterprise Development Programme (MEDEP) was started in Nepal in 1998 with joint initiation of UNDP and the Government of Nepal. The current program, phase 4 (August 2013-July 2018) has been supporting national programs on micro-enterprise development.

This initiative has facilitated to create more than 8000 enterprises, 56,698 micro entrepreneurs, 58,096 employment as of December 2012. More than 30,000 entrepreneurs are also involved in various co-operatives at present. Among the micro-entrepreneurs empowered through the support of MEDEP, more than 60% are women. This is a remarkable achievement by MEDEP that supports these people from deprived communities through entrepreneurship training, technical skills training, micro-finance access, market linkages and considerable on-going advice and encouragement to new entrepreneurs who have significant upfront costs.

Dhanamaya Tamang, who is a widow, lives an independent life by earning through the production of strawberries and tomatoes and says that she feels so much more confident about speaking in front of the mass after being a beneficiary of MEDEP’s leadership training. She is not hesitant to raise her voice anymore. She says that after MEDEP’s intervention, many women have gained economic empowerment. They have been able to send their kids to private boarding schools instead of government schools. Besides providing better quality education to their children, these women are also able to actively participate in the community. 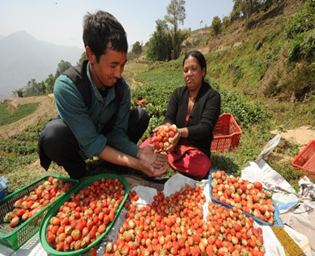 MEDEP has also enabled women to foster entrepreneurship culture among them. Also, being economically empowered has enabled them to come out from the four walls of their homes with deep rooted virtue and firm faith. They are now able to take decisions in the family as well as the community. Developing a sense of economic empowerment has contributed to bringing about desirable alteration of gender division of labour in the household. During some of the field visits during my internship, some women entrepreneurs informed that with the introduction of MEDEP, their male counterparts have started to lend helping hands in the household chores and have realized the importance of sharing work-burden in the family. Heath awareness and consciousness among women has also increased greatly and there has also been business expansion and product diversification as well as investment in other enterprises. Some have purchased buildings and land while some have replaced the traditional roof of their house with tin.

MEDEP’s intervention has also had a positive impact on the youths of Nepal. It has been observed that programmes like MEDEP help address the issue of brain drain prevalent in Nepal because if more youths get employed in the country then the trend of going abroad especially for labour work will diminish and the average number of daily foreign migration will go down. This is because youths can become independent by generating income through engagement in micro-enterprises promoted by projects like MEDEP such as bee-keeping, strawberry farming, tailoring etc. If programmes like MEDEP continue providing skill development training and technical support, it can also help curve the problem of under unemployment. While interacting with the locals of Ranipauwa rural market center of Kakani, they mentioned that a lot of youths have been returning from abroad to start their own micro-enterprise and many who have not gone abroad seemed motivated to work in Nepal itself.  For instance; Mr. Septe Tamang has returned from Qatar after seven years and is now working in the production of tomatoes. Through tomato farming, he has been generating a good amount of income to support his family.

The efforts made by MEDEP are really commendable as the program has helped create many employment opportunities which has helped curve the scenario of poverty in Nepal. It has contributed greatly to the UN Millennium Development Goal of eradicating absolute poverty. From empowering women to youths, MEDEP intervention has helped improve many lives. It has been successful in bringing about socio-economic transformation of the participants and also addressed the problem of gender gap in the community. Women and youths have been the key beneficiaries of MEDEP’s efforts. The project phases out on 2018 so it is necessary to draw attention of the concerned authorities to either extend the project or replicate the efforts made by MEDEP to help more poverty stricken and disadvantaged groups in Nepal and give these people hope for better lives.

Lex Limbuhttps://lexlimbu.com
Lex Limbu is a non-resident Nepali blogger based in the UK. YouTube videos is where he started initially followed by blogging. Join him on Facebook and follow him on Twitter.
Previous articleMalvika Subba Endorses NYX Cosmetics
Next articleZHIGRANA Film Announces Win 1 Lakh Cover Song Contest!