To mark the release of Alok Nembang’s new film AJHAI PANI tomorrow, I took a look back through music videos directed by Alok Nembang. Here’s MY TOP 5 in random order, I am a little biased as I love his music videos with Jharana Bajracharya more than others… he just knew how to capture her very well! I have so many favourites… I loved how he filmed the songs for Sano Sansar and Kohi…. Mero! Will definitely be watching AJHAI PANI in cinemas tomorrow. 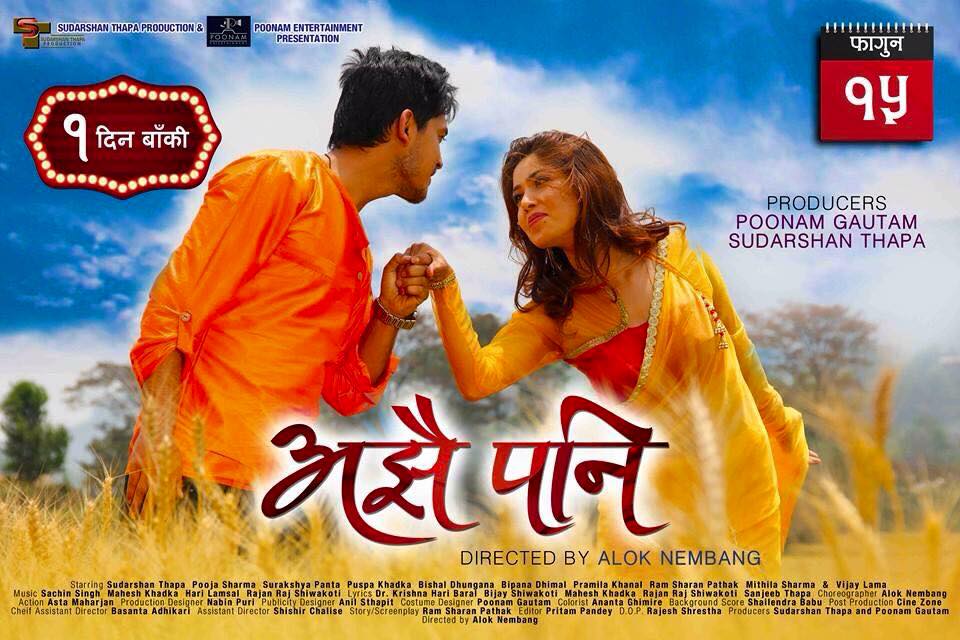 He has directed over 500 music videos, directed Sano Sansar and Kohi… Mero! Nembang started his journey in media through IMAGE CHANNEL. He also starred in the film NUMAFUNG.

This video is visually stunning! I really do believe that it was Mr Nembang’s work that resulted in me being one of the biggest Jharana Bajracharya fan.

Alok Nembang had a very common theme in his music videos, he played with colours, revolved the characters around love and knew very well to add a touch of Bollywood. Chayechha Basanta is another beautiful watch featuring the beautiful Reema Bishwokarma. Oh and Alok Nembang videos and a ‘rain scene’ tend to go hand in hand.

Alok was a very skilled dancer and a choreographer. He choreographed many of his own videos and the music videos for his films. This is another lovely video with a very Alok Nembang touch.

This break-out hit was once heard all over Nepal. The eight-minute long video features Jharana Bajracharya and is also one of the more popular music videos by Alok.

This video has colour, choreography and two happening faces! Along with Jharana Bajracharya, Alok worked in several music videos with Namrata Shrestha who later went on to debut in Nembang’s SANO SANSAR. The duo shared a comfortable friendship and were very fond of working with each other.

Lex Limbuhttps://lexlimbu.com
Lex Limbu is a non-resident Nepali blogger based in the UK. YouTube videos is where he started initially followed by blogging. Join him on Facebook and follow him on Twitter.
Previous articleOFFICIALLY MARRIED – Paras Khadka!
Next articleKeki Adhikari and Anoop Bikram Shahi in HOW FUNNY Film Song!