UNDER CONSTRUCTION: Cricket Stadium in Budhanilkantha 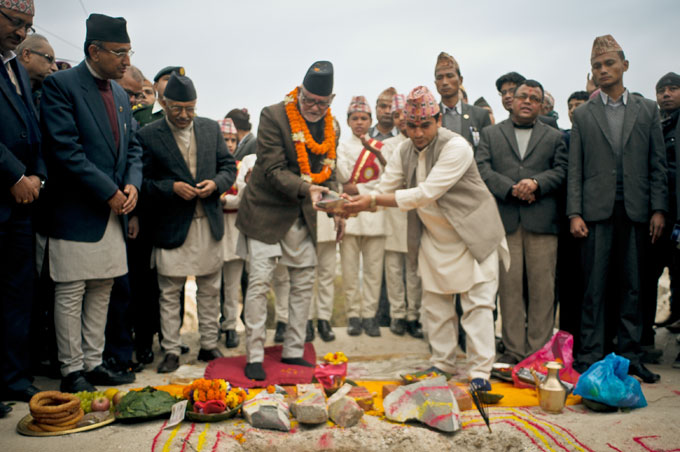 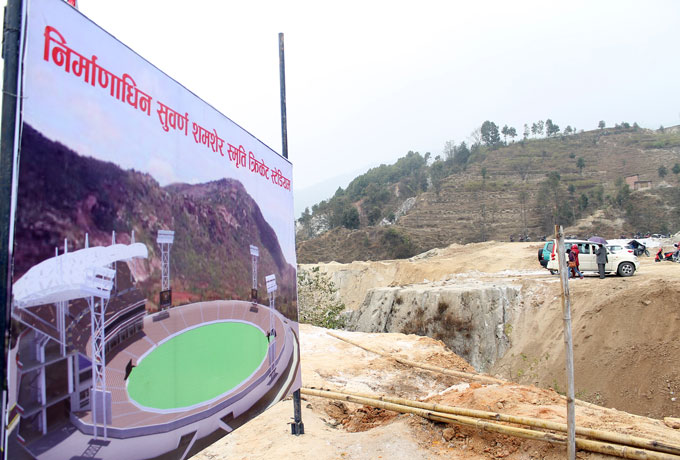 If things go according to plans then cricket followers can expect a state-of-the-art cricket stadium in Budhanilkantha in three years time! The proposed site of the 30,000 capacity stadium is in Gamcha, Budhanilkantha. Along with seating thousands of cricket supporters, the stadium is expected to come equipped with player’s changing room, medical room, media centre and live commentary room, umpires seating area, CAN operation office and VIP seating area. I hope they have thought about parking!

Titled after a late founding member, the Subarna Shamsher Memorial Cricket Stadium’s foundation stone was recently laid by PM Sushil Koirala. The stadium will occupy 95 ropanis and is estimated to cost Nrs 25 Million. The government has vowed to support the construction of the cricket stadium, it has allocated Nrs 4 Million for this fiscal year!

Looks like a lot of land is being cleared out for the stadium. Nonetheless, I hope the construction goes well, the stadium attracts further investment, creates jobs and opportunities.

Lex Limbuhttps://lexlimbu.com
Lex Limbu is a non-resident Nepali blogger based in the UK. YouTube videos is where he started initially followed by blogging. Join him on Facebook and follow him on Twitter.
Previous articleTÊTÊ TEA – Try For Yourself
Next articleSwayambhu Climbathon – The Temple Run on March 7!

The 10th Khukuri Cup returns on 4th August - right in the middle of the British heatwave! The tournament which is running in its...
Read more