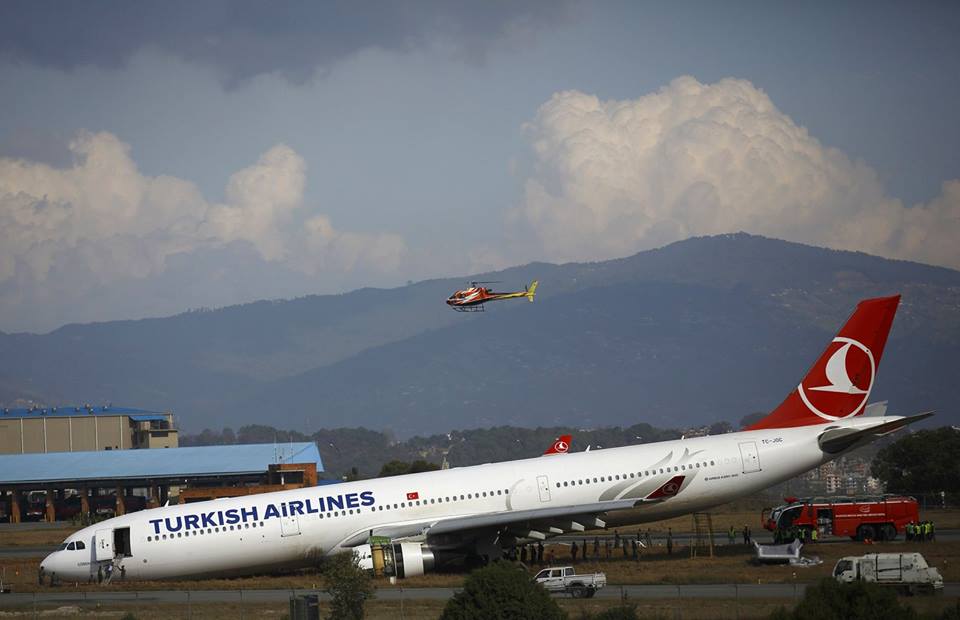 It was a normal day at office. My manager at Delta Airlines forwarded me a breaking news email that one of our MD-88 plane had skidded in the snow while landing at New York’s LaGuardia airport with no fatalities. One of the two runways was closed for few hours, cranes hauled the jetliner from the runway, government and Delta officials did a press conference and normal services resumed the next day. It was DejaVu since we were closely following the Turkish Airlines flight TK726 incident back home. It was an unfortunate incident, our sentiments goes to everyone suffered by this rare event. However, these type of incidents should not be ignored and considered a wakeup call for such unforeseen incidents.

Year 2015 started on a positive note for Nepalese Aviation Industry with the excitement of adding a brand new Airbus A320 for Nepal Airlines after twenty five years followed by the eventful landing on February 8th. However, since then the story has been quite different. The first scheduled flight to Delhi by the new A320 was cancelled because NAC did not timely secure the required flying permit from India. The frustrated passengers returned or rebooked flights with other airlines. Unfortunately, in less than a month, a Turkish Airlines Airbus A330 skidded off the only Tribhuvan International Airport (TIA) runway in another unforeseen event. Fortunately, no one was seriously injured in the incident and everyone was safely evacuated. But there are people stranded in different international airports with less or no updates about their flights and the status of TIA. We just cannot imagine the misery and frustration people are going through due to the closure of international flights at TIA. A stranded passenger sleeping on the floors of Abu Dhabi airport desperately reached our “AviationNepal” Instagram page for helpful information. As usual, the social media is filled with complaints, embarrassments and hatred toward the incompetency of associated parties. The blame game of condemning TIA management, politicians, blatantly accusing TIA of not having this rare removal equipment and experts reprising other airport constructions which is irrelevant to the current situation has already started. What bothers us is that we failed to control the chaotic situation and exercise capabilities within our reach of providing prompt information and care to people.

We should understand that these type of emergencies are very rare and handling them is out of our capability. Being one of the poorest countries in the world, our government and TIA has no human resources and equipments to tackle such occurrence. It was heartbreaking when one of the TIA officials said, in any case if we had tried removing and damaged the US$ 250 million aircraft, even our total annual revenue from TIA would have been insufficient to cover the damages. Under such circumstances, India’s prompt response to help fix the situation at TIA is very appreciative. We should not be embarrassed for asking India’s assistance, neither be embarrassed for not having multiple runways at TIA. But what we should be embarrassed of, is when our legacy conveyer belts at our chaotic baggage claims area do not work, when we have to cover our nose and pray that we won’t have to use TIA restrooms or when staffs at TIA open their pockets for bribes without any hesitation. Trying to be a good citizen by showing our concerns through complaints and assuming responsibilities is utter ignorance. If we want change, we should help with our constructive criticisms or be the part of the solutions.

Lex Limbuhttps://lexlimbu.com
Lex Limbu is a non-resident Nepali blogger based in the UK. YouTube videos is where he started initially followed by blogging. Join him on Facebook and follow him on Twitter.
Previous articleThe Laramie Project at Theatre Village Lazimpat!
Next articleOFFICIALLY LAUNCHED : PhysioFit Nepal