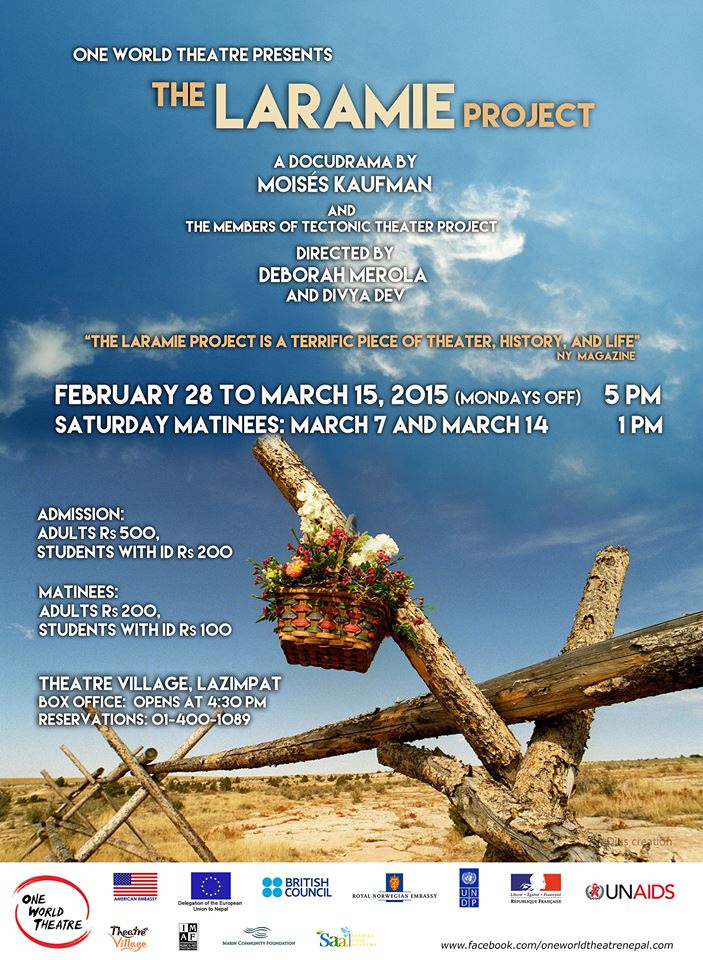 One World Theatre is back with its latest production THE LARAMIE PROJECT! The production which tells the true story of Matthew Shepard, a young gay man, who was savagely beaten and left to die on a fence in Laramie, Wyoming (USA) has been showing at The Theatre Village in Lazimpat! Viewers can catch the docudrama till the 15th of March. One can take away a lot of things from THE LARAMIE PROJECT and one of the most important is that “hate is not the way”. For Matthew, it may be his sexuality and for many in Nepal, it can range from sexuality, caste, class, sex and more!

Don’t forget to make some time for The Laramie Project. 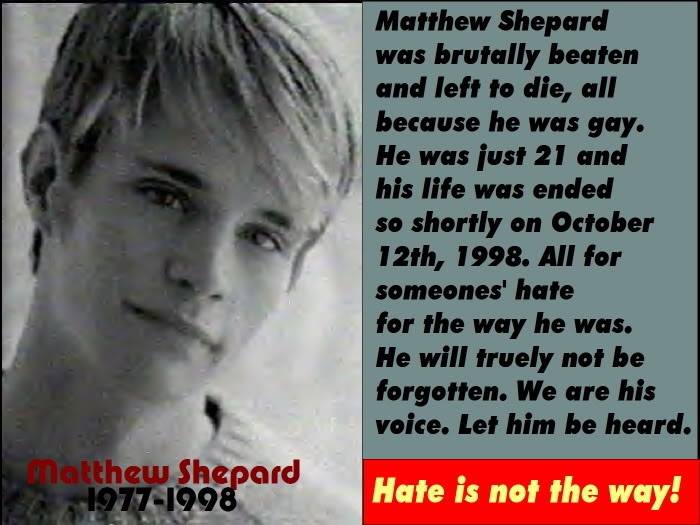 This docudrama tells the true story of Mathew Shepard, a young gay man, who on October 7, 1998 was savagely beaten and left to die on a fence in Laramie, Wyoming. A month after the crime, members of the Tectonic Theater Project traveled from New York City to Laramie and, in six trips over a year and a half, conducted over 200 interviews with local residents. These interviews and other found texts, including the actors’ own journal entries, became the enacted script. Considered a “hate crime,” the event galvanized the American public and this small Western community and raised important questions about tolerance and how we raise our children.

The Laramie Project is one of the most produced and widely acclaimed plays across the American Theater circuit. And now it comes to Nepali Theater scene, produced by One World Theater and jointly directed by Deborah Merola and Divya Dev, starring celebrated Nepali Theater artists like Rajkumar Pudasaini, Divya Dev, Shanti Giri, Sulakchyan Bharati etc.

Lex Limbuhttps://lexlimbu.com
Lex Limbu is a non-resident Nepali blogger based in the UK. YouTube videos is where he started initially followed by blogging. Join him on Facebook and follow him on Twitter.
Previous articleDriving Sajha Bus – Rebika Thapa (VIDEO)
Next articleAftermath of TK726