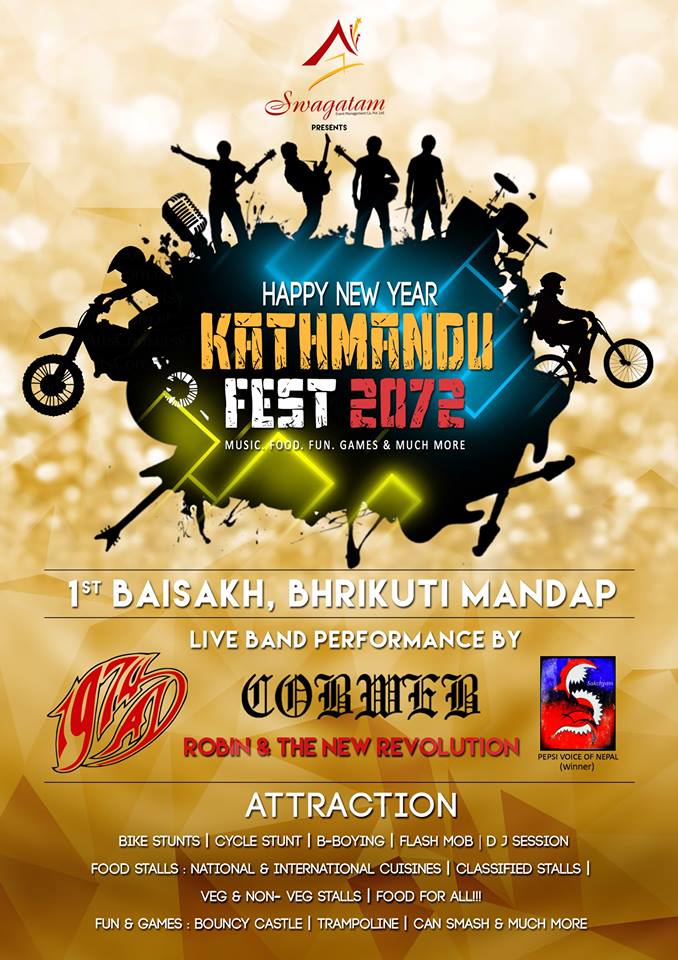 The arrival of APRIL means Nepali New Year!!! Creating a buzz right now is KATHMANDU FEST 2072 with its star-studded line-up! The fest by Swagatam Event Management Company Pvt. Ltd will mark the beginning of the Nepali New Year 2072 on Baishakh 1ST (APRIL 14) at Bhrikuti Mandap from 10.30AM onwards. Making sure the event is an all-out extravaganza will be the iconic 1974 AD, popular COBWEB and the one and only ROBIN AND THE NEW REVOLUTION.

In addition to the live music from Nepal’s best, the event will have many exciting things to look out for including synchronised bike stunts, cycle stunts, b-boy performances and even a flash mob! There will be plenty of food stalls and activities to keep children occupied. Early bird tickets are going for Nrs 150 – head over to Facebook to confirm your attendance. 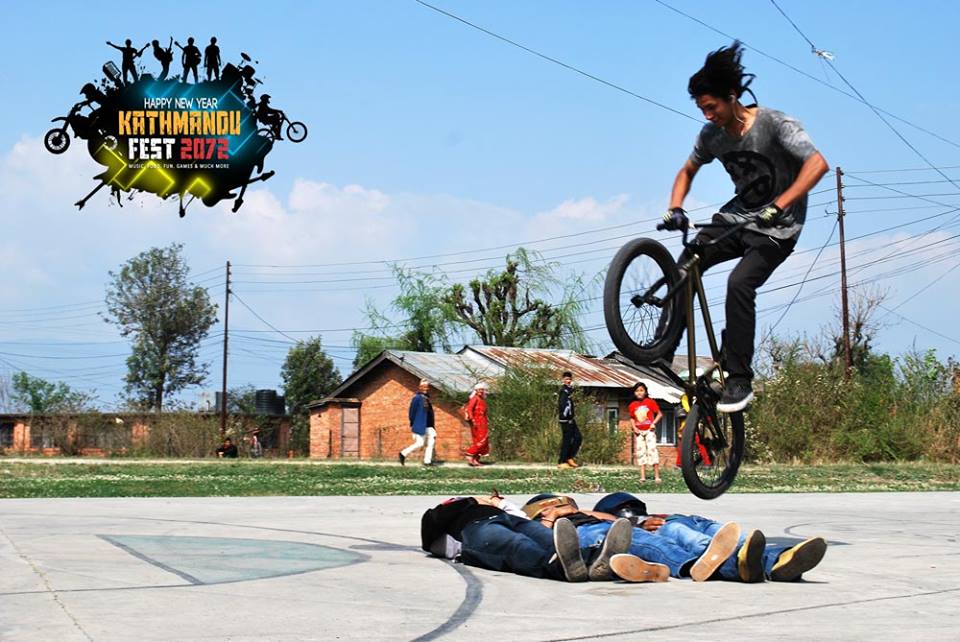 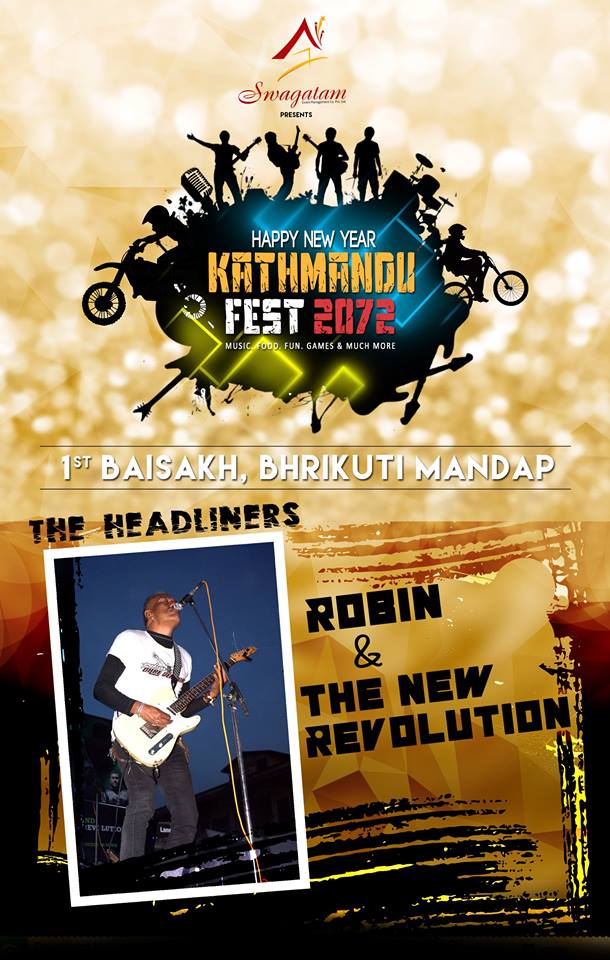 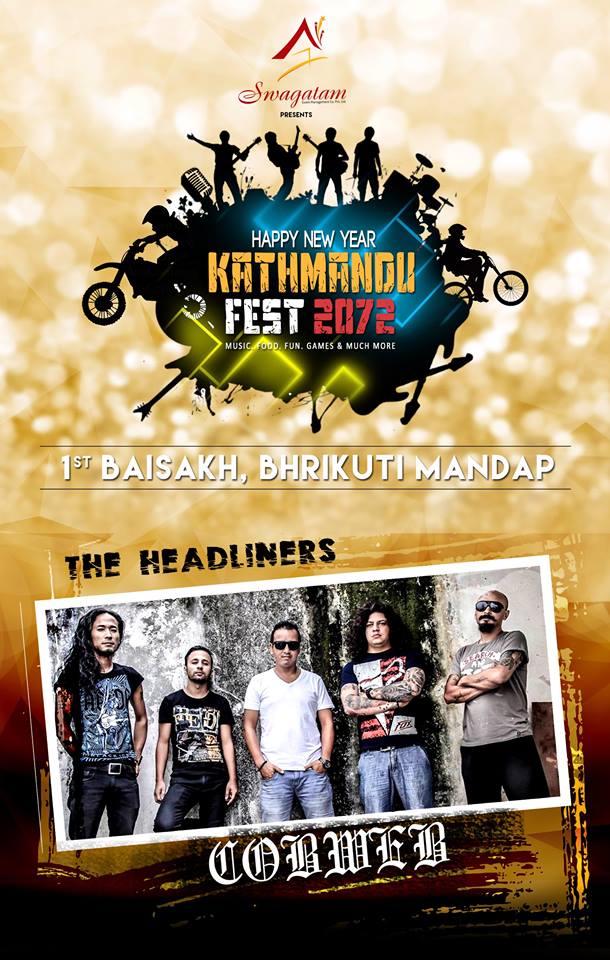 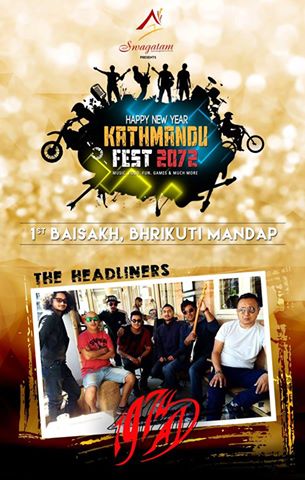 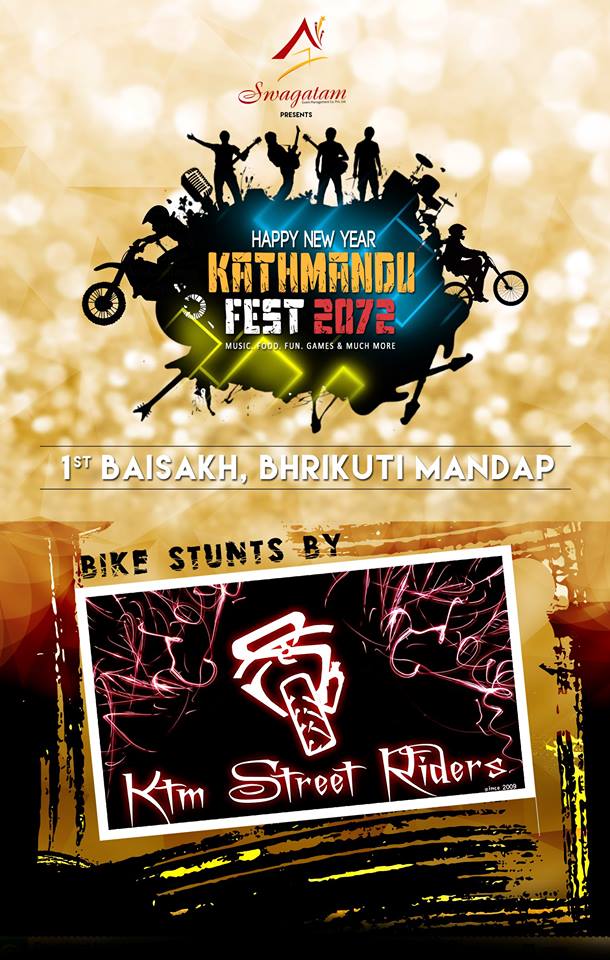 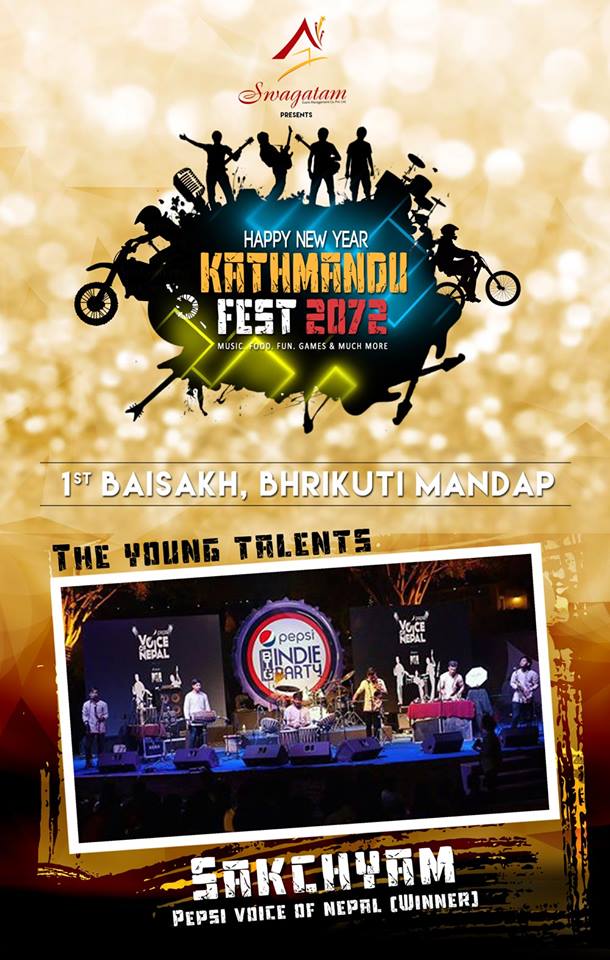 With the motive to keep the streets of Kathmandu clean, Swagatam Events is also organizing a street cleanliness and awareness program on 28th Chaitra (11th April), around BICC area, to send a message of clean Kathmandu and cleaner Nepal. The street cleanliness and awareness program will be inaugurated by Honorable Deputy Prime Minister Mr. Prakash Man Singh.

Lex Limbuhttps://lexlimbu.com
Lex Limbu is a non-resident Nepali blogger based in the UK. YouTube videos is where he started initially followed by blogging. Join him on Facebook and follow him on Twitter.
Previous articleSchool In A Bag Distribution Event By Helambu Education and Livelihood Partnership
Next articleNew Year Splash in Sukute Beach