While many are busy with earthquake relief efforts, there seems to be a growing group of individuals united in attacking the new music video KABHI JO BADAL BARSE – unplugged featuring our very own Shristi Shrestha and Indian film actor Sachin Joshi. The popular song in the voice of Arijit Singh and Samira Koppikar has racked up over 440,000 YouTube views in the T-Series channel in just one week! I am very happy to see a friend, a model and an aspiring actress Shristi in the video! She looks stunning in the music video and looks at ease with the scenes from the music video. Some of the scenes, the black and white part, the white dress part and even the kissing scenes have been filmed and acted beautifully.

Unfortunately, all of this hasn’t translated very well with many viewers across the globe. What many have failed to remember is that Shristi Shrestha was a model long before becoming the Miss Nepal 2012. She has modeled in the UK, India and Nepal. It naturally makes sense for her to pursue a career in Bollywood. The outraged viewers seem to be shocked to see a kiss scene, to be specific, a Nepali girl kissing an Indian guy seems to be the bigger issue here. Even mainstream and ‘artsy’ Nepali films now have kiss scenes and rocky bed scenes but why are people freaking out over a video that’s merely 3:10 minutes long. Are some people forgetting the fact that this is only a music video, done in a production schedule of few days? 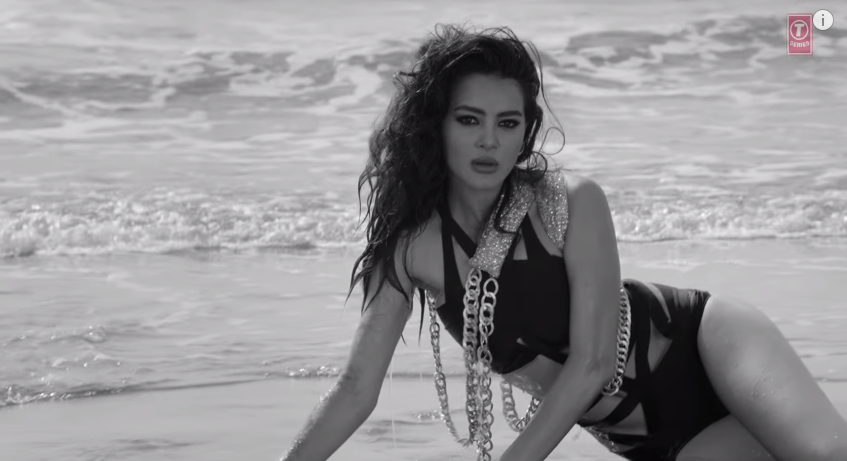 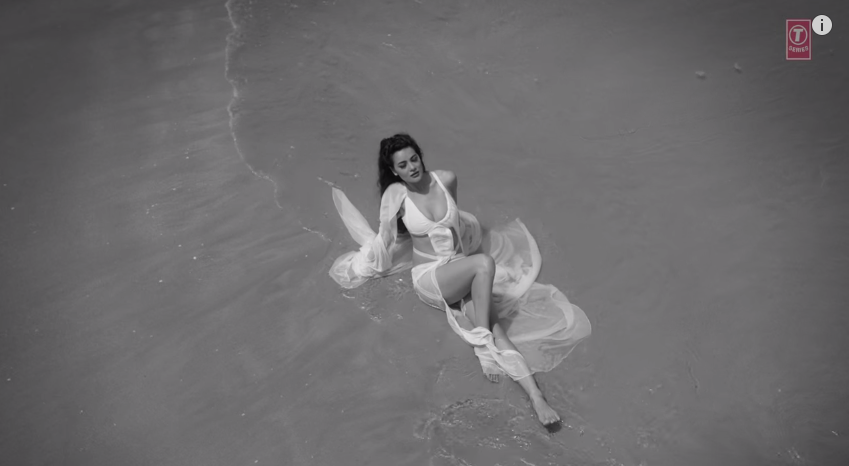 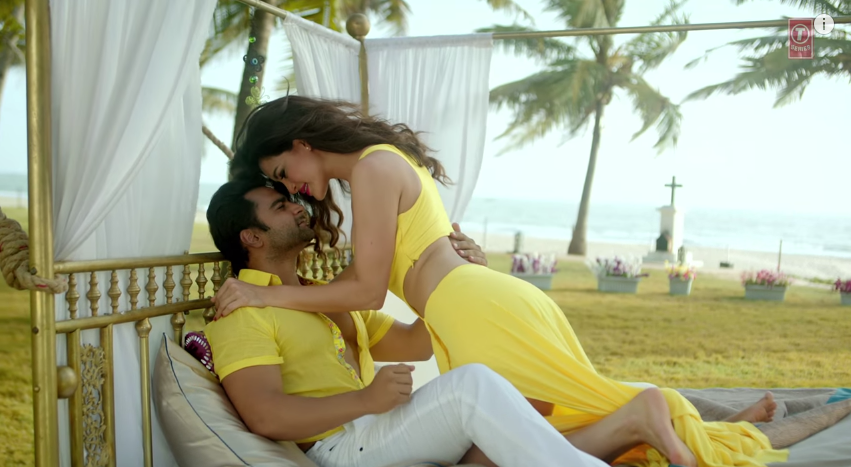 Knowing Shristi and reading comments by many questioning her action as “Miss Nepal” is very saddening. If you’ve been following her on social media, you will be able to see that Shristi and friends have been going in and out of Kathmandu to distribute relief materials, visiting hospitals and are currently in the process of setting up temporary shelters in Dhading. But of course, those photos aren’t worthy enough to be shared by bigger online media sites as headline saying “Shristi Shrestha HOT Video” seem to be a bigger draw.

We love to celebrate Nepalis who make it big in the international scene. I hope this video brings in more opportunities for Shristi in Nepal, India – wherever, as long as she’s happy with the work and the choices that she is making and I hope that we support individuals like her to do better and to go beyond with their talent, beauty and skills. 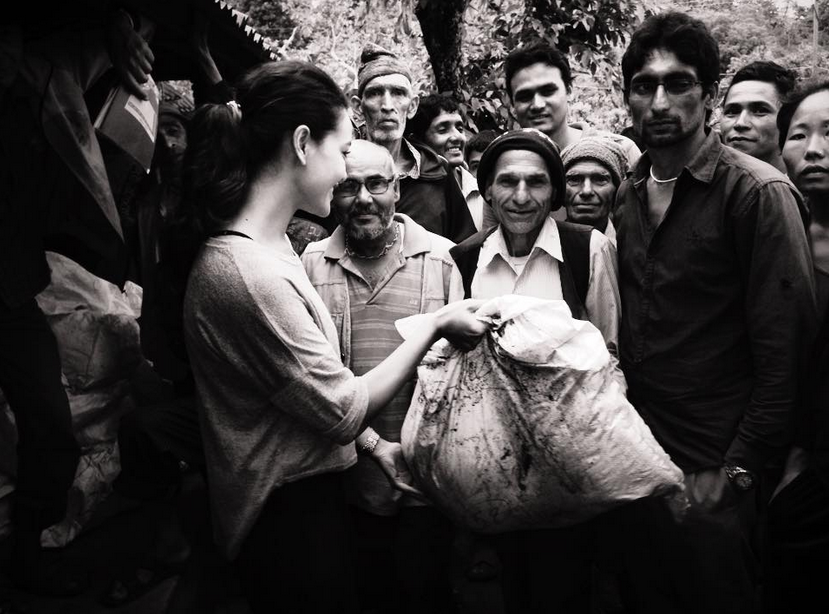 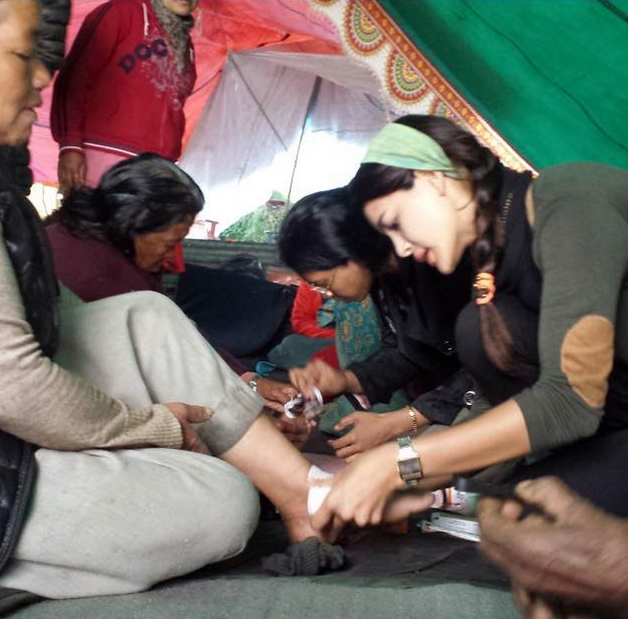 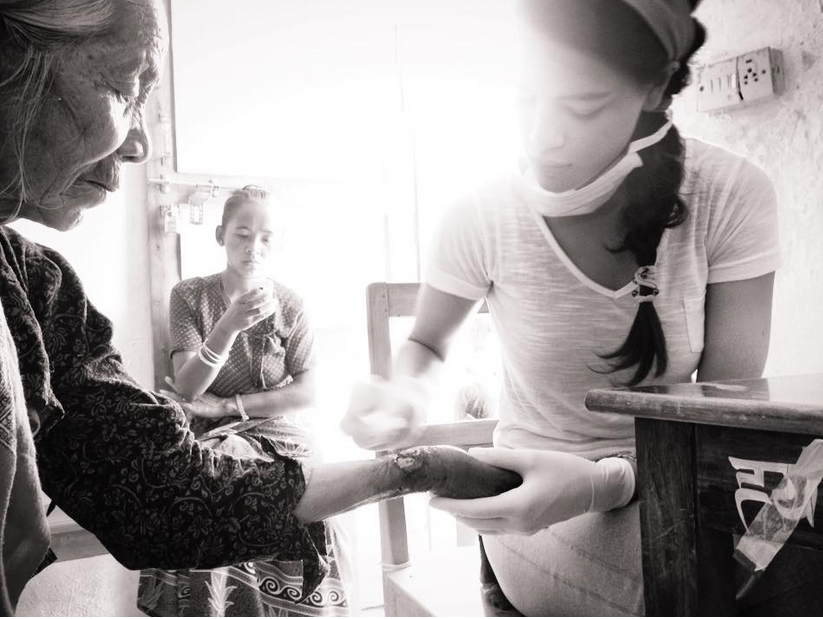 PS. With thousands of beauties trying to make it BIG in Bollywood even Miss India title winners easily slip out of presence. Mumbai is a country in itself. Even though I don’t fully know Bollywood, I do know that it takes a lot to make it there – even if that’s to be in TV ads, billboards and music videos. A lot of drive, determination, effective team and a strong support system. Look at Priyanka Chopra, a former Miss India and Miss World – even she had a very steamy start in Bollywood! Who would’ve thought that she would be one of the most celebrated Bollywood actresses? Shristi has a long way to go but for that, she also needs the support of the people back home too.