KFC and Pizza Hut Close Down in Nepal 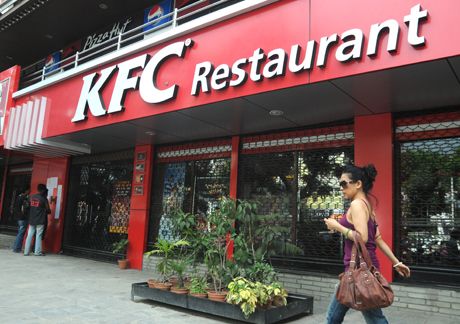 We have repeatedly heard and read about KFC and Pizza Hut having issues with trade union leaders in Nepal and unfortunately, things seem to have taken a turn for the worse with the franchise owner DEVYANI INTERNATIONAL announcing it’s decision to stop operations in Nepal. The opening of KFC in Durbar Marg back in 2009 created a great deal of interest as people formed long lines to taste Kentucky Fried Chicken for the first time in Nepal. I am very saddened by this news not only because I love KFC but also for the fact that this might steer other multinational companies away from entering the Nepali market. Apparently 155 workers were employed in the two KFC outlets and one Pizza Hut outlet.

“We have finally decided not to resume our services in Nepal. The Indian management has already taken the decision to this effect,” Rohit Kohli, director of Devyani International told Republica, adding, “KFC and Pizza Hut might never return to Nepal.”

Kohli said union leaders at KFC and Pizza Hut crossed limits at different phases of time on the issue of wages. “The average salary of KFC and Pizza Hut workers is around Rs 24,000. But they were demanding for more,” Kohli said. “This left with no option but to withdraw from Nepal.”

I hope KFC comes back man! Damn. A lot of memories in that place.

Bluebird To Get KFC and Pizza Hut

Lex Limbuhttps://lexlimbu.com
Lex Limbu is a non-resident Nepali blogger based in the UK. YouTube videos is where he started initially followed by blogging. Join him on Facebook and follow him on Twitter.
Previous articleAn Evening for Gorkha at the Royal Albert Hall
Next articleHugs for Nepal in Mumbai – VIDEO