JAALMA definitely is the new HAPPY by Pharrell Williams but Hey, to me it’s even better. Nepalese people from all over have been creating their very own dance version to JAALMA and here’s one from Butwal. Not only do they dance but the song is also a cover by Basanta Shrestha and Shiya Regmi. The guy dances very well in the video and the video itself has been taken pretty nicely. I especially like the outdoor scenes – getting to see a bit of Butwal aye!

Which place is next? 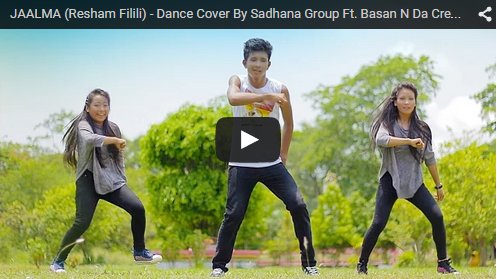 Lex Limbuhttps://lexlimbu.com
Lex Limbu is a non-resident Nepali blogger based in the UK. YouTube videos is where he started initially followed by blogging. Join him on Facebook and follow him on Twitter.
Previous articleTimi Paila Matra Sara Video By WORD WARRIORS
Next articleShooting an Elephant – Filmed in Nepal (TEASER)