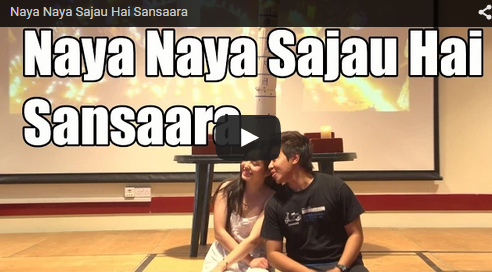 This beautiful symbolic dance performance by Sagar Gurung and Kajol Gurung is everything! The dance was performed at the Maiti Nepal Charity Show in Winchester (UK) on 21st of June. The charity event was a fundraiser in aid of Maiti Nepal organised by Kajol Gurung, Soni Tamang and Nikita Thapa. The event raised approximately £2300. It’s inspiring to see young Nepalese determined to support and help different organisations at such a crucial time. Well done to the three ladies and the entire team involved.

The song Naya Naya Sajau Hai Sansaara is from the classic Nepali film SAINO. This version has been sung by VJ and Priety – Sounds awesome! The video has been captured by Mani Ram Rai.