Bollywood actress Katrina Kaif looked stunning in a Prabal Gurung suit in Mumbai yesterday when she attended the trailer launch of PHANTOM. The actress looked as if she means business. Hopefully she also kicks a few butt in the film. 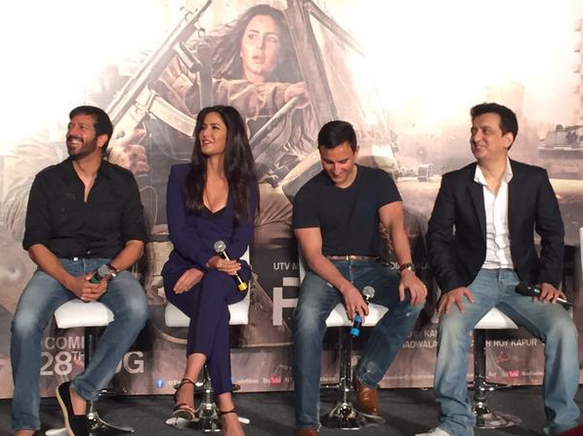 The upcoming Indian political thriller stars Saif Ali Khan and Kaitrina Kaif in the leading roles. Apparently, the film is said to be action-packed! Well Katrina Kaif and Saif Ali Khan fans can look forward to PHANTOM when it releases on 28th of August.