Nepalese In London To Protest Against The Indian Blockade In Nepal 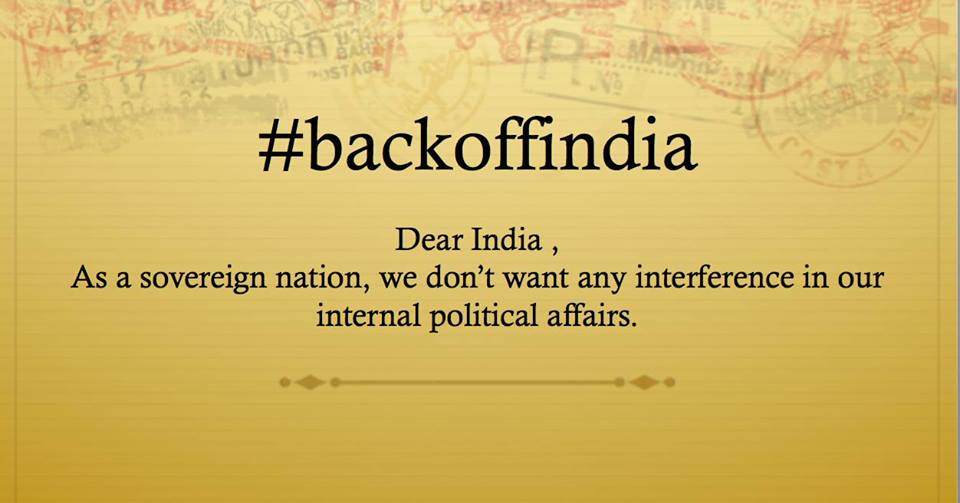 A protest against the Prime Minister of India Narendra Modi will take place on Thursday, November 12 in London.

Hundreds of Nepalese living in the UK are expected to gather on Thursday, November 12 in London to mark the protest against the Indian government’s blockade in Nepal. Nepal is currently going through a huge challenge to in terms of getting fuel and food. Unsurprisingly, this has had a huge negative impact on the economy, tourism and accessing the land-locked nation. Things kicked off after the promulgation of the Nepalese constitution – which the Indian government was not happy with. What is happening in Nepal – in Madhes and between the government of Nepal and India is something which you definitely should read about… do read a lot since everyone is writing from different angles and there are many points to consider.

I am writing this post simply to share about the upcoming protest in London. Best wishes to all.

Here’s an interview with Ganesh Khadka about the protest against the Indian blockade – click here.

“PM Narendra Modi will visit the UK in November and the Indian people living in England are planning a major reception for him at the iconic Wembley Stadium in London.
Currently, Indian government has informally blocked the supplies of foods and fuel for Nepal. The only reason is Indian government is not happy with the constitution passed by Nepal Government. Its our internal matter and we don’t want Indian government to interfere. Nepal as a sovereign nation we have diplomatic relations and India should respect and indeed support us. We are not against any Indians rather a government which has tried to press the freedom of sovereign nation. This act of political involvement has been highly criticised even by Indian MPS. The economic blockade by India to a landlocked country violates international laws. We urge Indian government to step back and respect our sovereignty.
This event has been planned to draw an attention to the world about the informal blockade of supplies by India and also let the world know that we do not accept any political interventions. We hope this peaceful protest against Indian government will help to address the issue and solve the current crisis.”
Follow Lex on Twitter!

Lex Limbuhttps://lexlimbu.com
Lex Limbu is a non-resident Nepali blogger based in the UK. YouTube videos is where he started initially followed by blogging. Join him on Facebook and follow him on Twitter.
Previous articlePhotos Of DAVID BECKHAM In Nepal
Next articleLess Than A Week Till SINGHA DURBAR (TV SHOW)