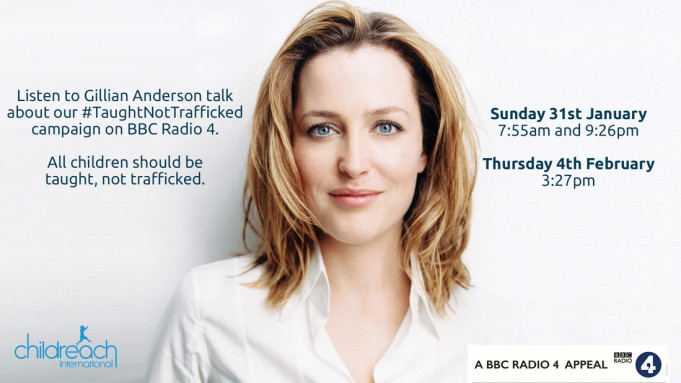 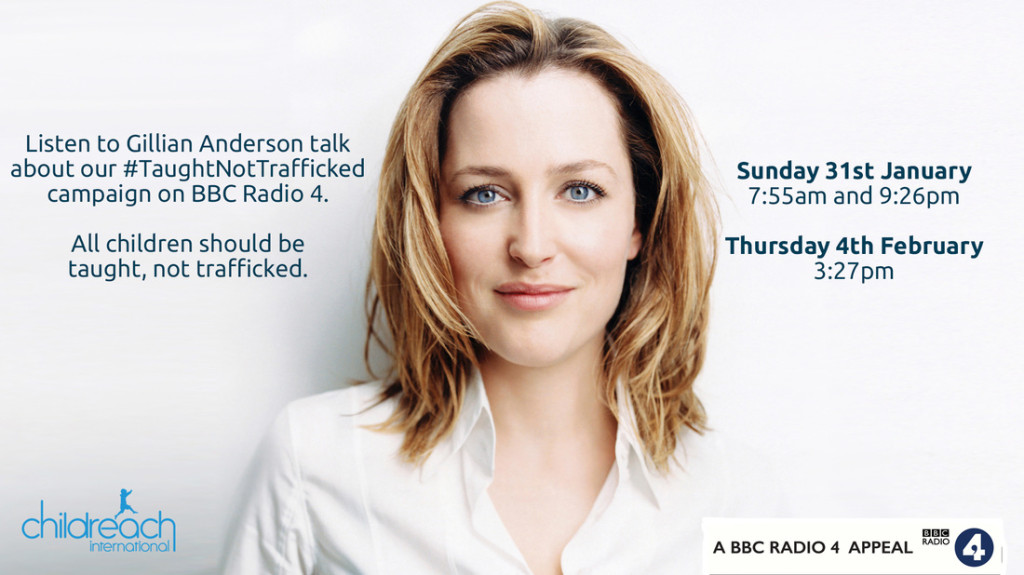 Gillian Anderson, the star of The X-Files and the film SOLD will be talking about Childreach International’s #TaughtNotTrafficked campaign on BBC RADIO 4 on Sunday, 31st January at 7.55AM and 9.26AM. The actress is supporting the campaign which aims to increase the number of children in education with hope that this would decrease the number of young people being trafficked. Anderson starred in the film SOLD which follows the story of LAKSHMI who was trafficked from her village in Nepal to a brothel called Happiness House in Calcutta, India. 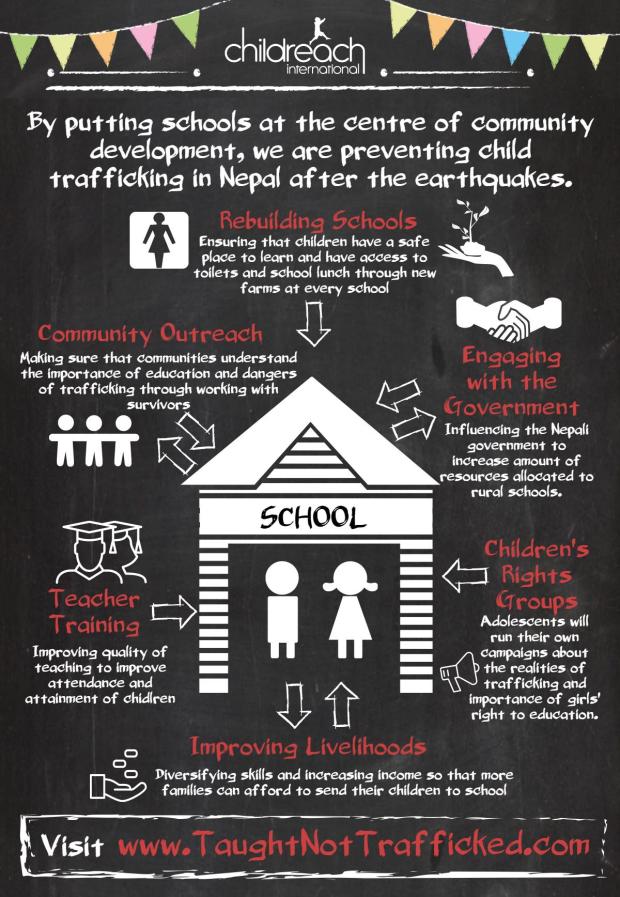 You might also be interested in an upcoming event supporting the #TaughtNotTrafficked campaign on the 7th of February which is being organised by Nepalese Societies from Aston University, Birmingham City University, City of Birmingham University and Coventry University at the MAC Theater, Cannon Hill Park (Birmingham) from 5PM-9PM.