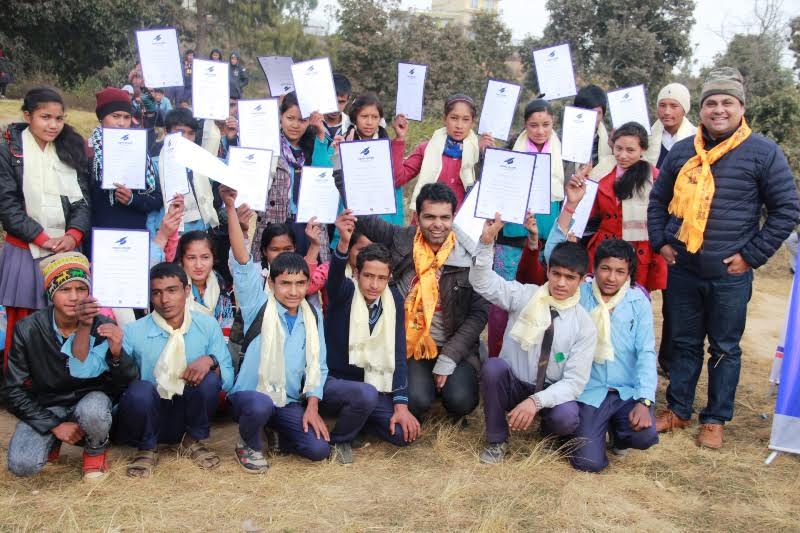 The episode of Sajha Sawal which aired on January 24th 2016, titled “Bacheka Mancheharu’ (The Surviving People) got me thinking, it is indeed very unfortunate that what some of us take for granted are basic necessities for many others, and although a necessity, isn’t available readily for them. The episode, which saw the host of the program live in the village for a period of few days with Ujeli’s family, provided insight on the rather heartbreaking situation they are surviving in. Although it was focused on a small community, it represents the majority of Nepal.

But what struck the chord for me was the fact that despite not having basic facilities such as electricity, water and a toilet, Ujeli’s dream was to study. Her dream to be an educated human despite struggling to make ends meet is one shared by many other children in rural Nepal.

In a country where for every 100 students enrolled in year 1 only 13 make it to the secondary level, it is quite extraordinary that more than 35% of the population is still illiterate. However, access to school and educational facilities is still an ongoing challenge for many students. Majority of us should be familiar with the images of students crossing crocodile infested rivers with a makeshift rope swing, also known as a ‘tuin’ in Nepali, which made headlines several times in national newspapers including Kantipur and The Himalayan Times but to no avail. The situation has only gotten worse in the aftermath of the devastating April 2015 earthquake with Nepal still struggling to rise amongst of the rubbles and debris created by a failed government. 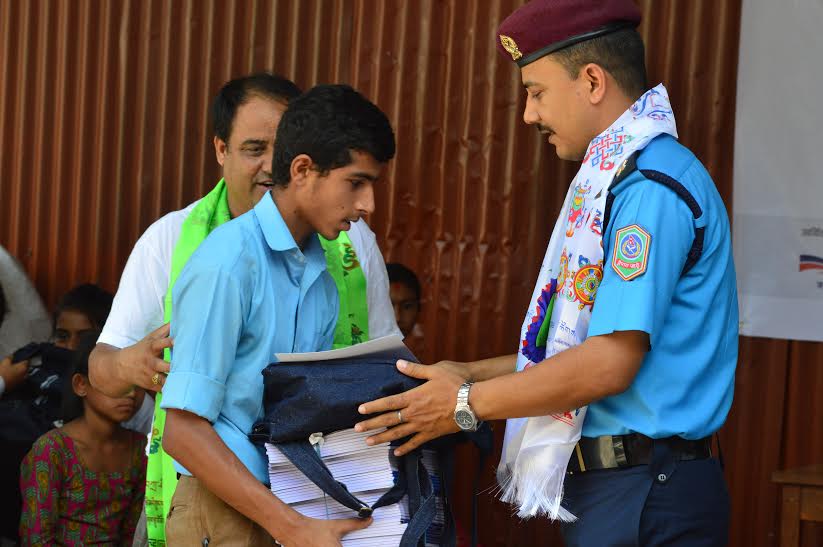 However, there are initiatives in place for the Ujelis who aspire to become educated. One such initiative is the Sadhbhaw Scholarship program. With a slogan that reads “Nepali Le Nepali Laai”, (for Nepalese by the Nepalese) Sadbhaw Scholarship has been running youthfully by the Nepali youths and volunteers to encourage education in rural Nepal. The scholarship program, which costs a mere Nrs 600 has been providing scholarships to needy students in rural areas of Nepal for over two years now. The funding required for this has been provided by Nepalese people from not just within Nepal but from around the world which is reflective of the success of the program in being able to live up to its motto.

So how does the Sadbhaw Scholarship work?

For Nrs 600, which is about $6 or £4, you are able to provide for their educational expenses for a month. The students are chosen on a need and merit basis where the assessment weights 80% for need and 20% for the academics. The chosen students are then provided with a scholarship for a year and required stationaries as a part of the package consisting of exercise books, uniforms, shoes, pens, pencils, calculator, instrument box and a school bag. The progress of each student is monitored semi-annually by the program members personally and contributors are updated on the progress once the student is awarded and in six months’ time form the commencement date. Currently, the program has supported 400 plus rural students with the support of Nepali individuals and organizations around the world.

This is what makes it a great initiative, for the cost of a burger (even less) you are able to make a real difference in someone’s life. Being practical and bringing a change in someone’s life is easier and beneficial than just limiting ourselves to talks/complaints. There are so many youths, volunteering their time, energy to raise resources and our little contribution encourages them to work harder. There are hundreds of programs trying to help people and Sadhbhaw is one of them which aspires to educate Nepal. Be a part of the movement and as a proud Nepali help another Nepali in need and what else can be the best way to give back to the community we belong to.

Children like me need your help, we are the future, help us shape into our bests so we can make Nepal a much better place to live. You never know, we might be future’s Albert Einstein.

Lex Limbuhttps://lexlimbu.com
Lex Limbu is a non-resident Nepali blogger based in the UK. YouTube videos is where he started initially followed by blogging. Join him on Facebook and follow him on Twitter.
Previous articleNepal Cricket Team To Play At LORD’S Home of Cricket
Next articleElephants at Tiger Tops Elephant Camp To Go Chain Free!