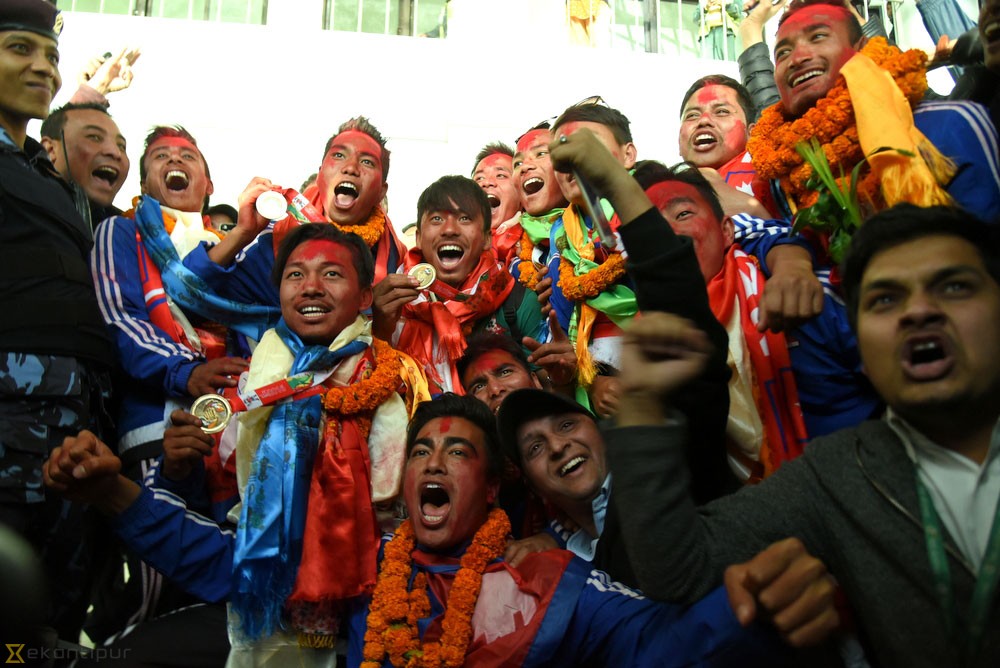 The Nepali men’s (Under-23) football team winning Gold against India at the 12th South Asian Games (SAG) in Guwahati, India will be a moment remembered by many for years to come. This win means many things for a lot of people and while we should just view it as a football game between Nepal and India, it boils down to so much more due to the fact that many things have happened in the recent few months. Few things that people have associated Nepal team’s victory is with the recent blockade imposed by India and the football scandal faced by the Nepal team. In its own way, Nepal winning against India at the SAG on Monday after twenty-three years is a symbolic one. For once, it’s a positive story covering the front page, bringing smiles and joys to millions living in and outside of the country. 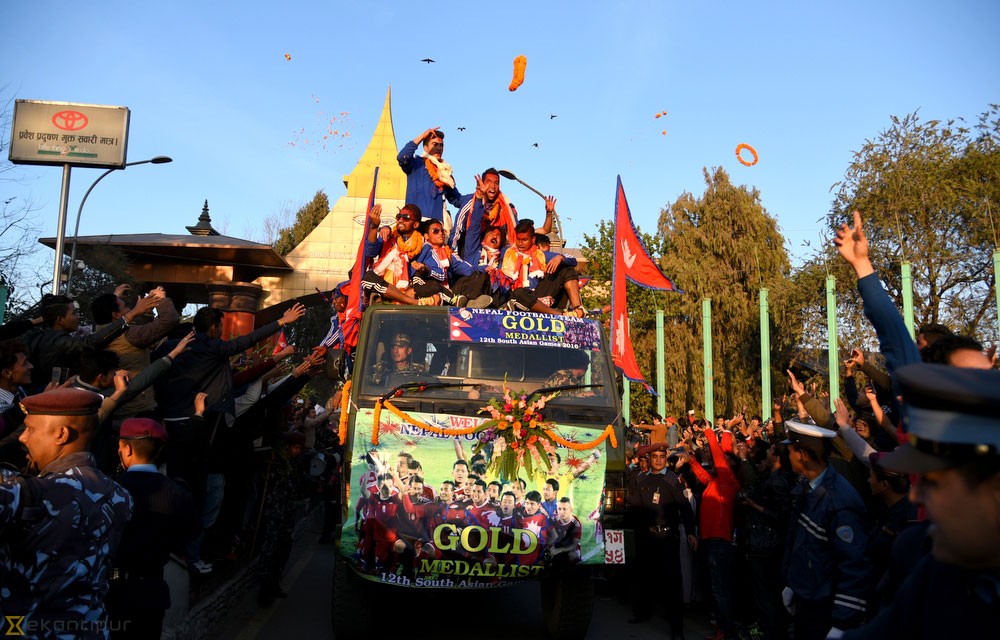 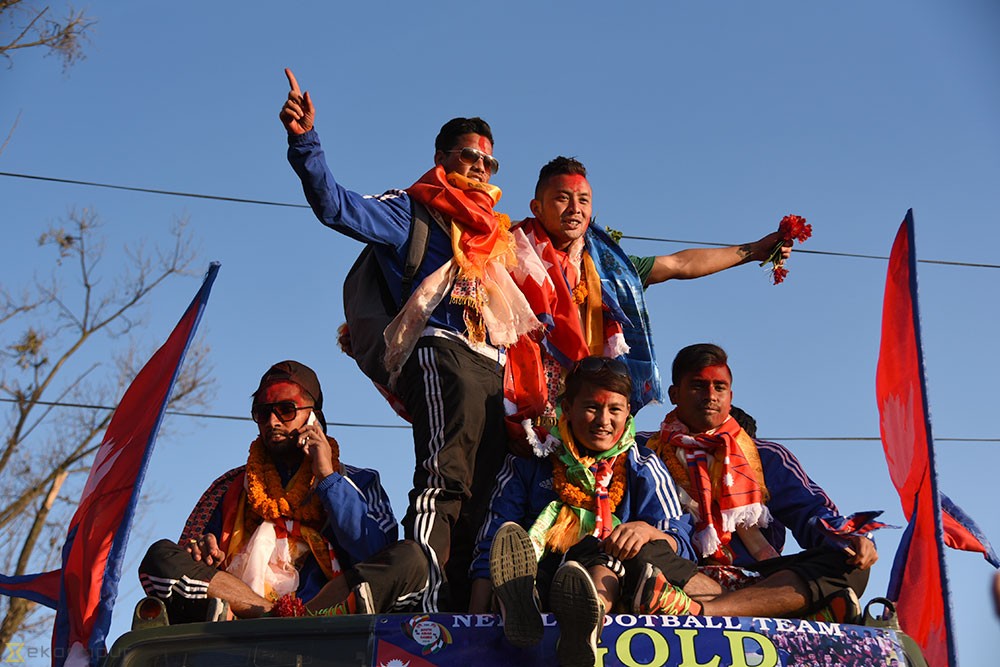 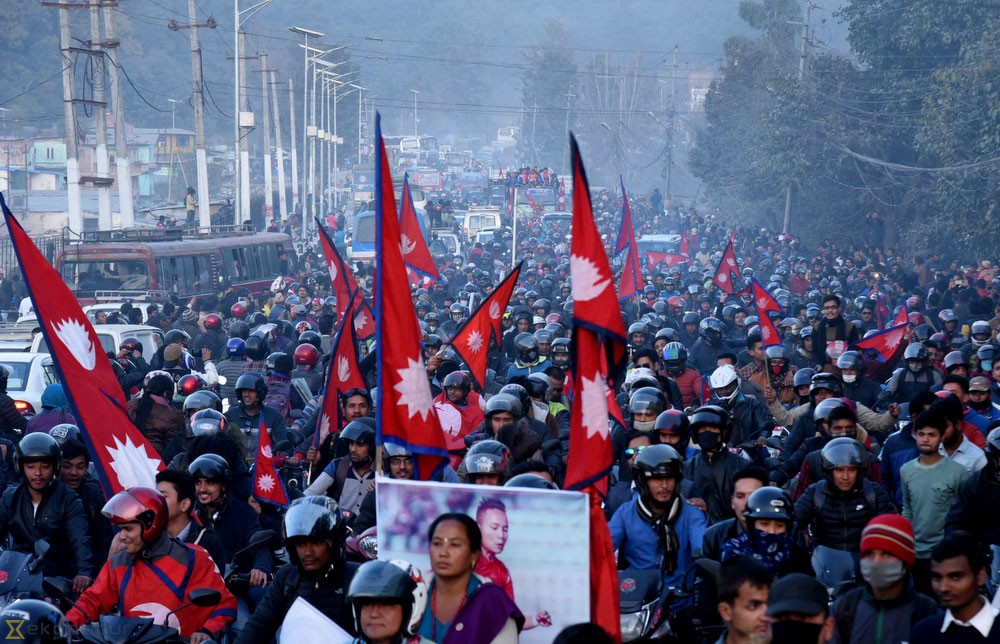 For full details of the match, you can read a Republica report here: Nepal Lads Strike Gold

For a detailed report on overall performance by Nepal at the South Asian Games, check out The Himalayan Times report here: Nepal Ends SAG On A Low

For more photos of the welcome that the Nepal team received in Kathmandu, please view this Kantipur Newspaper report here: Kathmandu Welcome For Nepali Football Team

Low-down on the SAG winners from Nepal

Lex Limbuhttps://lexlimbu.com
Lex Limbu is a non-resident Nepali blogger based in the UK. YouTube videos is where he started initially followed by blogging. Join him on Facebook and follow him on Twitter.
Previous articleReecha Sharma Looks Sexy On TNM Magazine!
Next articlePrabal Gurung’s Fall 2016 Collection – PHOTOS

The 10th Khukuri Cup returns on 4th August - right in the middle of the British heatwave! The tournament which is running in its...
Read more