With the first short-film ‘Rise of the Artisans’ making its way on YouTube on March 22nd. I caught up with Doc to hear about his time in Nepal documenting for Return to Nepal and seeing the country again after the earthquake and the ongoing blockade. 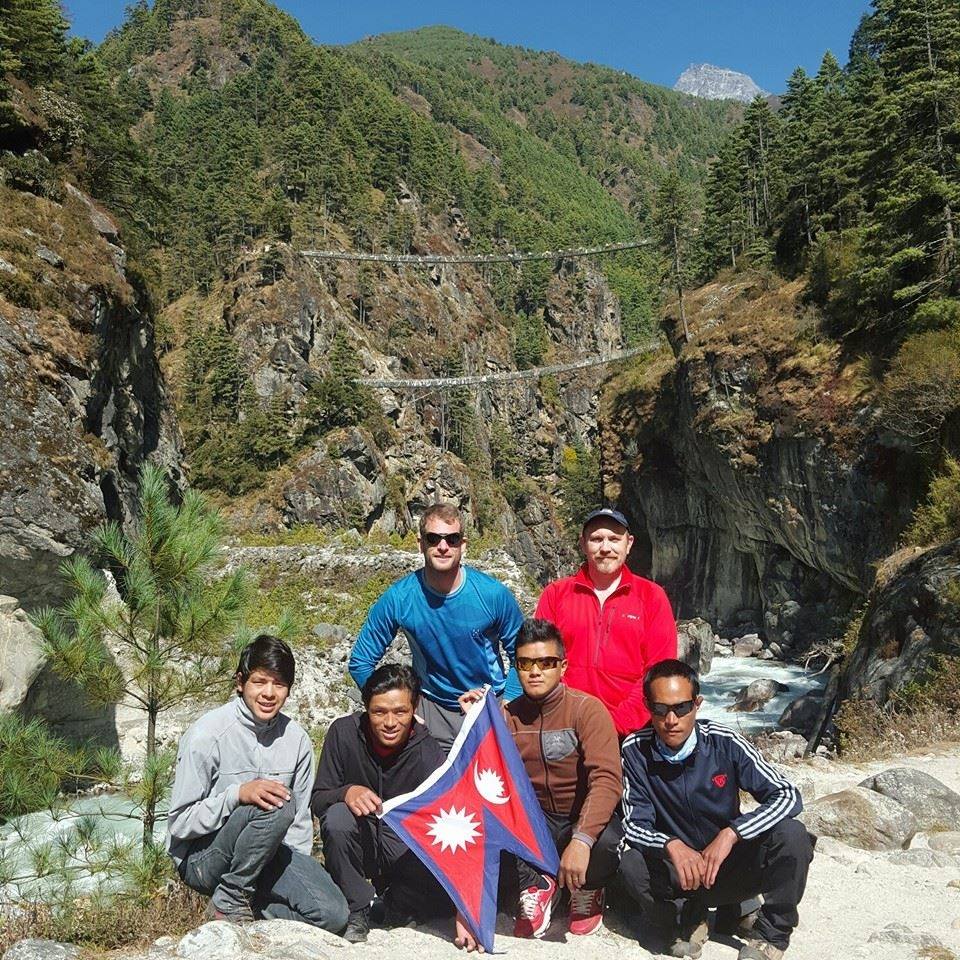 LEX: You went to Nepal for Return to Nepal, in the midst of so much still happening in Nepal; how was it on the ground and did experiences of Kathmandu differ to being in areas such as Lukla?

DOC:  I have to confess that I really didn’t know what to expect when we landed.  I had read so much about Nepal and the tourism industry after the earthquake and then even more once the fuel crisis started.  I actually made the decision to delay the filming by a week to see if things would get better.  They didn’t. After seeking advice locally and from others with experience in Nepal, I made the decision to continue with my plans.

My main concerns were not being able to get around and getting negative messages from people about the fuel crisis.  We were going there to learn more about the tourism industry and not get involved in the political minefield.

If I can give any advice, it would be to always try and see and experience things for yourself.  When we arrived the fuel crisis was starting to impact peoples lives, however, I can honestly say that it didn’t affect us.  Moving around and getting food etc was a little more expensive than normal but was still possible.  From our limited exposure to different parts of the hills and mountains, I would say that they were not as badly affected as Kathmandu, mainly because they seemed to be self-sufficient with their own supplies and less reliant on things being imported e.g. using wood or solar stoves instead of gas.

As far as we were concerned, it was still a great place to be.  In many respects, it was more appealing because it was so quiet.

LEX: Are you able to share the general feelings and views about the tourism industry that you saw when you were filming ‘Return to Nepal?

DOC: Overall I knew it was going to be a tricky time to go to Nepal and film but at the same time I felt it was the most important time to do this project.  Last October, tourism was down by over 60%. People in Nepal were feeling the pressure.  They rely so heavily on this as a form of income and everyone knew that the back-to-back crisis was just compounding the problem.  They needed tourists and they just weren’t coming in the numbers they used to.

Everyone in the tourism industry who could do something, was doing something.  From the local tour operators to the Nepal Tourism Board (NTB).  It was great to get the support of everyone we spoke to and the NTB endorsed our project too without wanting to direct what we did, which was great.

My biggest delight was that no matter where you went, no matter who you met, the locals were still as friendly and as optimistic as ever.  Not once did we feel pressured to give money, stay somewhere or buy anything.  Smiles were still as big as ever before and their resilience that shone through was incredible.

LEX: How was it meeting tourists during your filming?

DOC: It was always great to meet tourists, especially under these circumstances.  There were certainly not as many as there should have been, however, I will say that there were still more in Thamel than I had expected.  That said, it is the hub for all travellers and so if Kathmandu is quiet then you knew that the rest of Nepal would definitely be too.

Every tourist that we spoke too had nothing but good words to say about Nepal, the people and their holiday.  They all knew the importance of what they were doing as a means of helping to rebuild the economy, through the industry they know best; tourism. 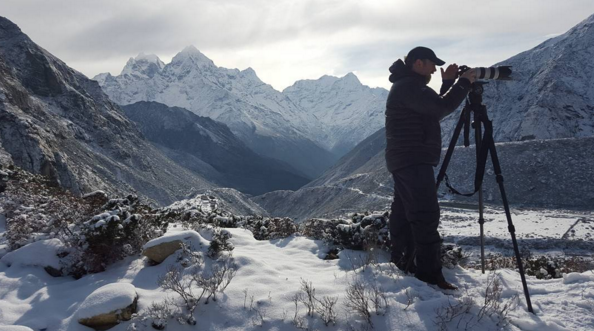 LEX: What can viewers expect from Return to Nepal, please share with us how the videos will be shared?

DOC:  We wanted to make something that wasn’t a marketing video for a travel company or Nepal.  We felt that it was important to explore how the earthquake had affected people and learn what they have done since to rebuild their lives whilst knowing what they were doing for the future.  The common thread throughout was tourism.  It was essential for us to turn a negative event into a positive and exciting future that people around the world would be intrigued by and be encouraged to go there on holiday.

We found so many positives that have come from such a terrible disaster.  People have not only come closer together, they have learnt to be more resilient and willing to change and are now focusing more optimistically on the future.

The films will be released on our “Return To Nepal” YouTube channel.  Each one will be very short, only around 5-6 mins.  The first one went online last week and it’s our aim to get another two released by 25 April, the anniversary of the earthquake.

Each one has its own theme, characters and geography.  All of which help to show the diversity of Nepal.

LEX: What was the highlight from this experience for you?

DOC:  This is such a difficult question to answer.  Everyday there was a different highlight.  Even now, the project still gives me great pleasure knowing that we are making great films that people around the world will enjoy.

If I was forced to choose, I would say meeting the son of a friend of mine, Nawarang Sherpa, in Thame, Solukumbu.  Nawarang was sadly killed on the Tashi Labsta pass (5,680m) at the time of the earthquake.  When I walked the Great Himalaya Trail Nepal in 2013, we both crossed this pass together, so it holds both happy and sad memories for me.

Seeing his son Kami was a great moment.  I was able to tell him face-to-face what tremendously brave and kind man his father was and share with him some photos and stories of our time together.  I could also help understand some of the major problems he, his family and his village have been through since the earthquake.

LEX: Things are looking better for Nepal now and with the recent Royal visit by Prince Harry, there has been a lot of Nepal coverage in the British press; are you hopeful that the videos will be able to influence people that do not know about Nepal to think about potentially visiting the country some day?

DOC:  I agree, I think this is now an exciting time for Nepal.  The travel warning has recently been lifted, Prince Harry’s visit has been received very well and fuel is starting to slowly arrive again.

As we had hoped when we were filming last year, the Return To Nepal films are coming out at exactly the right time for people to once again think positively about the country and the industry.  If we can get people to watch them and say “wow, it looks like an amazing place, I’d love to go there on holiday” then I think we will have achieved our aim.

That said, we can all do our bit to promote tourism and Nepal as a country.  No matter how big or small, if we can do something positive it will have a significant effect over the near future.

In order to make these films the success we think they deserve we would like everyone who watches them and likes them, to share them with their friends and family, and encourage them to do the same.

Lex Limbuhttps://lexlimbu.com
Lex Limbu is a non-resident Nepali blogger based in the UK. YouTube videos is where he started initially followed by blogging. Join him on Facebook and follow him on Twitter.
Previous articleWhy Beyonce Should Drop ‘World’ From The Formation World Tour
Next articleIt’s Prabal Gurung’s Birthday!