How Funny actress Priyanka Karki will be making her way to the UK later this week for a Nepali New Year 2073 event in Aldershot by Nepalese Entertainment UK. The performers for the show on Sunday April 10 also include singers Hemanta Sharma and Shiva Pariyar.

The actress and singer Anju Panta were set to perform a string of events in the UK in 2015 however after the devastating earthquake on April 25, the tone of the events changed from entertainment to a moment for Nepal during the tragic time.

Priyanka will undoubtedly serve her amazing dance moves to probably quite a medley of songs as she usually does. The event will take place at the Empire Banqueting and Hall from 6PM to 10PM with the tickets priced at £10 only.

Super excited for this event! 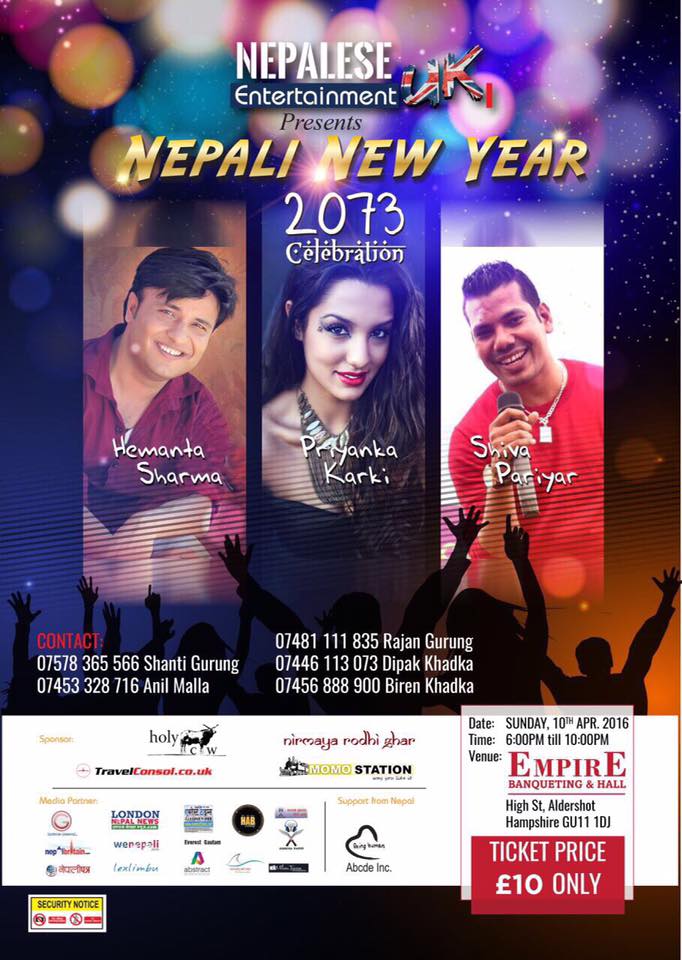