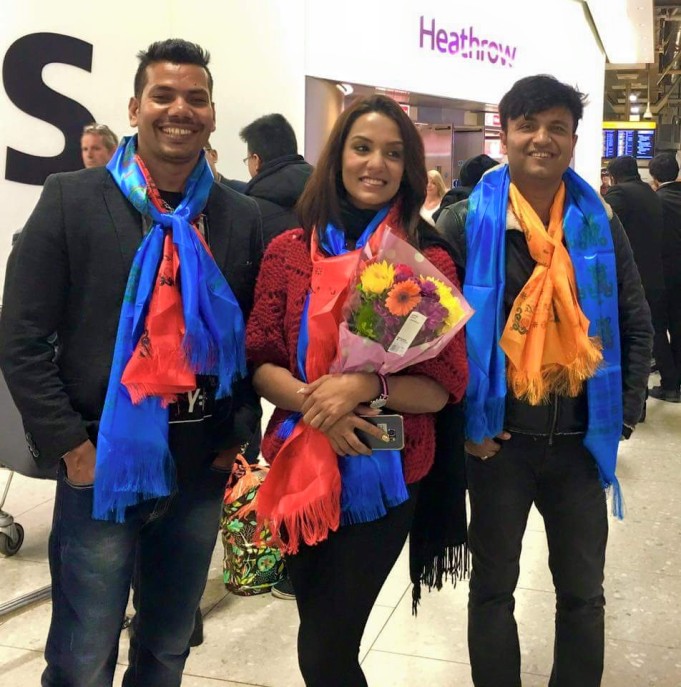 Actress Priyanka Karki and singers Hemanta Sharma and Shiva Pariyar touched down at London’s Heathrow Airport this afternoon. The stars from Nepal are in the UK to perform as part of the Nepali New Year 2073 celebrations taking place in Ashford on Saturday evening and Sunday in Aldershot. They certainly have a jam-packed schedule! Priyanka Karki will be flying back to Nepal on 13th April to continue filming and gear up for the promotions and release of How Funny, releasing on April 22.

Priyanka also shared a photo on her Facebook page as soon as she touched down in London. 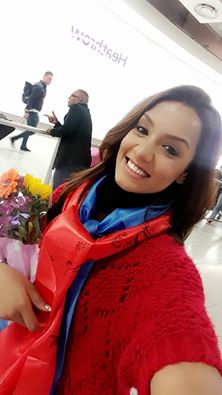 Let me share videos from these three stars so you get an idea of what they might perform in any of the events.