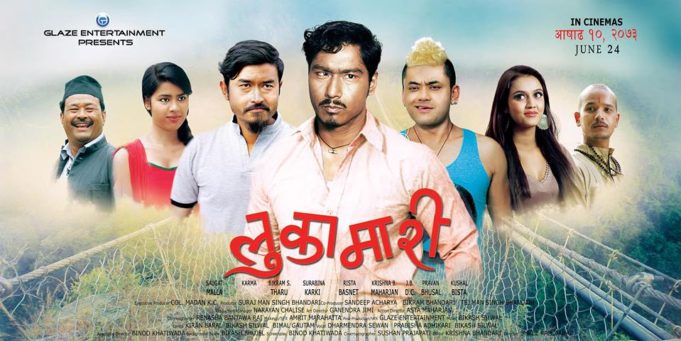 The trailer of LUKAMARI looks like it’s going to be an entertaining fare with comedy and crime featuring two of the hottest names from Nepali cinema, Saugat Malla and Karma! Karma is also rocking the blonde hair look, I guess it fits with the character he’s playing. Looking like a total “swag bad boy”.

Lukamari which literally translates to ‘hide and seek’ falls in the comedy and crime genre! Looks like there may be a lot of back and forth and chasing around. The film is set to release on June 24 and has been directed by Shree Ram Dahal.

What do you think?