Bipul Chettri and The Travelling Band Back In London!

Since last year, Chettri and The Travelling Band have played in more countries than one can remember. They recently concluded their US tour. The new album MAYA which follows the widely popular debut album Sketches of Darjeeling also released this year. Listeners can get the album via Honda Nepal.

Chettri also made it on the list of Top 10 Selling Indie Artistes in India this year! Next months concert event in London is presented by BFEST and tickets are already on sale!

Event kicks off at 9PM and the gig will be followed by an after-party till 5AM. Your venue for the night will be Electric in Brixton! It’s going to be another spectacular night. Mark my words. 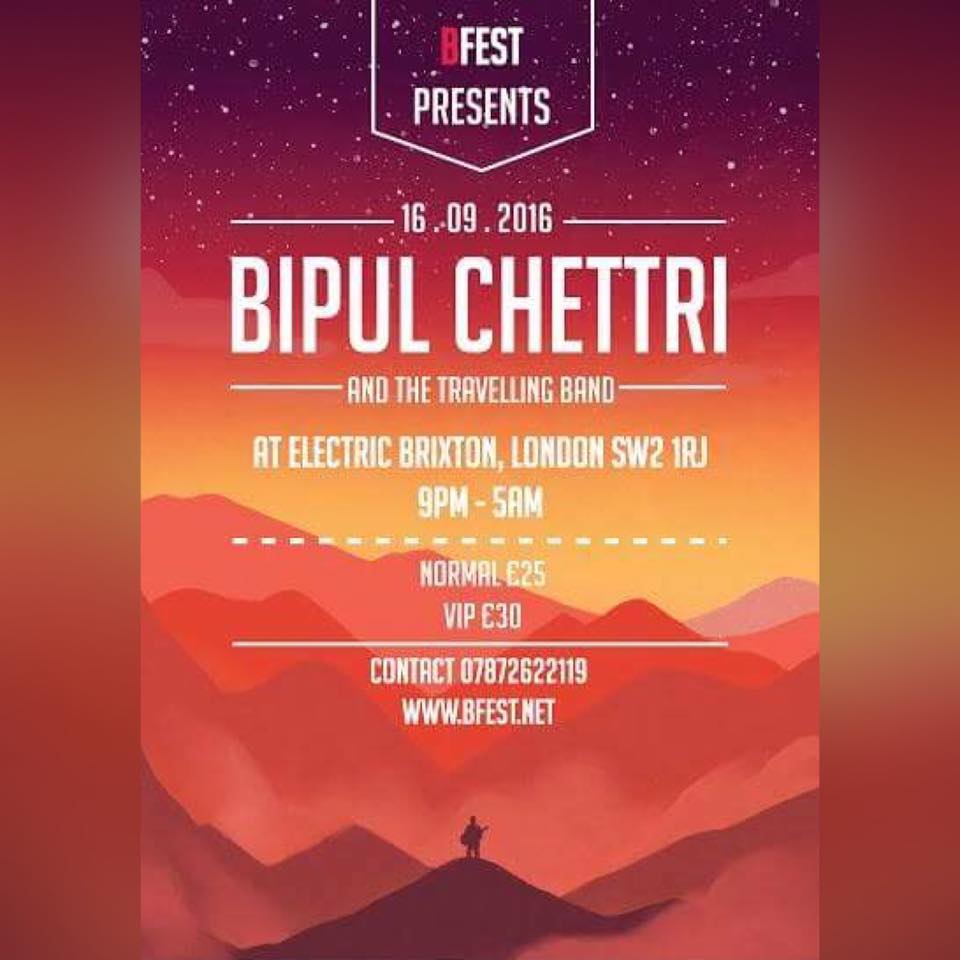 Lex Limbuhttps://lexlimbu.com
Lex Limbu is a non-resident Nepali blogger based in the UK. YouTube videos is where he started initially followed by blogging. Join him on Facebook and follow him on Twitter.
Previous articleGet Ready For TOMS x Prabal Gurung Collection!
Next articleShristi Shrestha To Attend Sold Out Gajalu Screening in Cineworld Aldershot