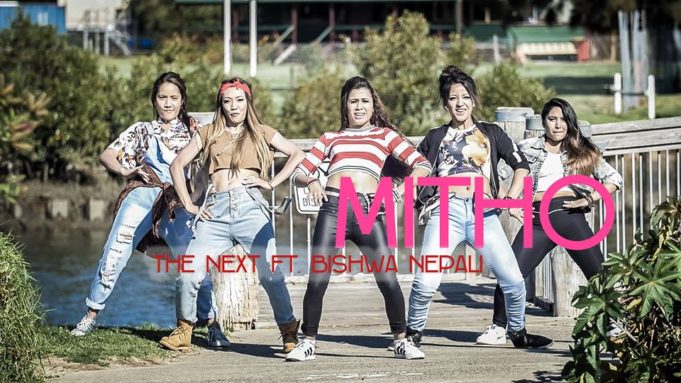 The dance group that went viral with their Jaalma dance cover from Resham Filili are back with a fantastic new dance cover! The NEXT Team from Australia not only dance in the song MITHO by Bishwa Nepali but the video is also the official music video. It is evident that a lot of effort has gone behind filming the video and creating choreography that lets the dance crew keep its edge!

The slick editing, use of what I believe is a drone and a plot in the beginning is commendable, I have to say that the video – the dance – overshadowed the song. It may be because their previous covers have been to songs that were really really popular and we were familiar with… hmm. What do you think of the video and song together and separately?