Alisha Rai Heats It Up In THAMEL BAZAR For LOOT 2!

It took me several listens to like the song Thamel Bazar and now I can’t quite get enough of it. The intro of the song is pretty catchy! The very cute Alisha Rai totally heats it up in an unexpected kinda way! She’s on fire! So sultry!

If you dont know what I’m talking about then you must be living under a rock. Just joking! Thamel Bazar is the latest song from the film LOOT 2 – which I guess I can say has become quite a popular number already! Let’s not compare it to Udhreko Choli because Hey, comparisons at times aren’t quite fun but Thamel Bazar has already racked up nearly 3 million views on YouTube! It was only uploaded at the end of October too!

LOOT 2 makes a return to Nepali cinema in February! The film which rocketed Saugat Malla’s popularity and made Nischal Basnet a household name will be premiered at the Princes Hall in Aldershot on 25th February 2017! Of course, this premiere will also be another event with the biggest names from Nepali cinema! It can pretty much be guaranteed that February will see LOOT fever all over! LOOT 2 is being brought to the UK by the Gurkha Warriors event group.

Excited to see how this masterplan will unfold! 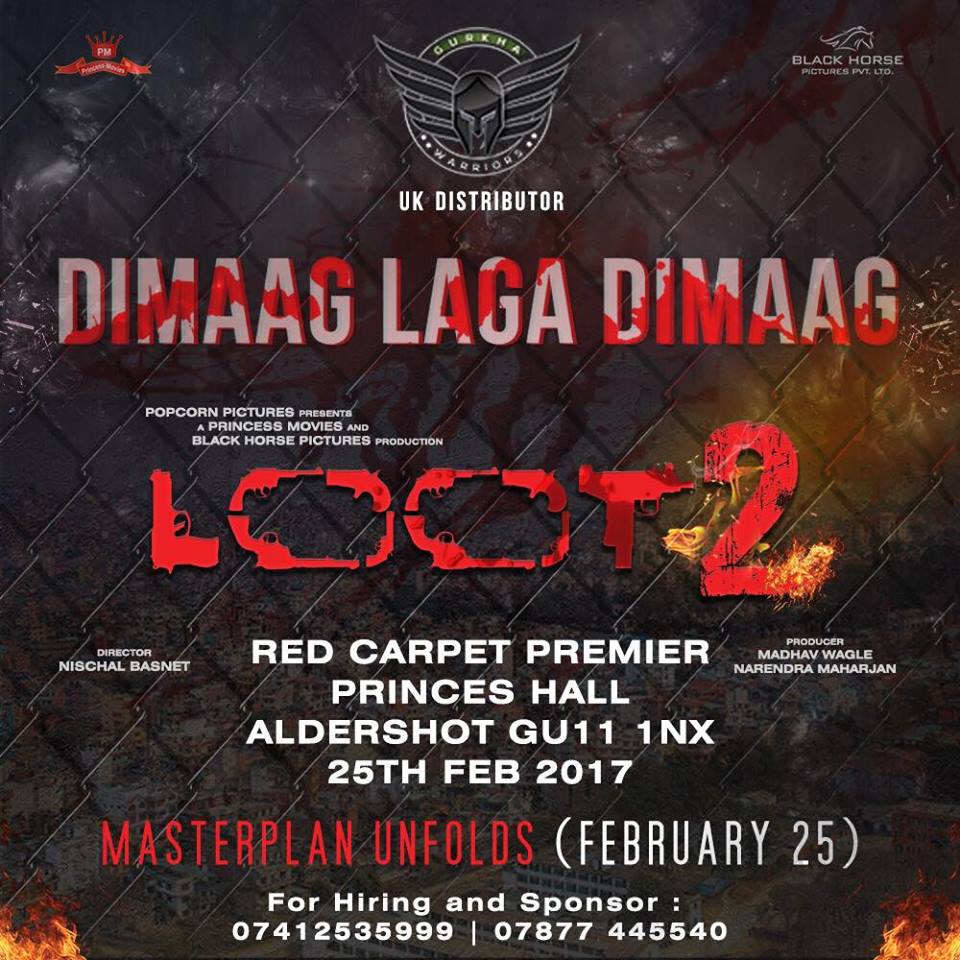 PS. Watch the teaser of LOOT 2 below!

Lex Limbuhttps://lexlimbu.com
Lex Limbu is a non-resident Nepali blogger based in the UK. YouTube videos is where he started initially followed by blogging. Join him on Facebook and follow him on Twitter.
Previous articleWATCH: Aayush Rimal’s Celebrity Mannequin Challenge!
Next articleEnd Of A Chapter For IMAGE CHANNEL’s Supriya Tuladhar!